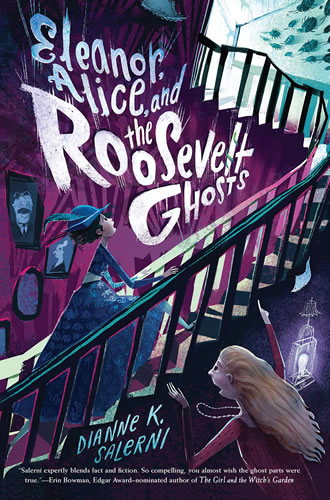 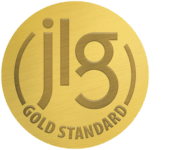 It’s 1898 in New York City and ghosts exist among humans.

When an unusual spirit takes up residence at their aunt’s house, thirteen-year-old Eleanor Roosevelt and her cousin Alice are suspicious. The girls don’t get along, but they know something is not right. This ghost is more than a pesky nuisance. The authorities claim he’s safe to be around, even as his mischievous behavior grows stranger and more menacing. Could their aunt and her unborn child be in danger?

Meanwhile, Eleanor and Alice discover a vengeful ghost in the house where Alice was born and her mother died. Is someone else haunting the family? Introverted Eleanor and unruly Alice develop an unlikely friendship as they explore the family’s dark, complicated history.

“Salerni skillfully incorporates facts about the extended Roosevelt family … into a lively and inventive ghost story/mystery/historical fiction mashup. Although the novel is engrossing right from the start, tensions build very quickly to a thrilling, Ghostbusters-esque climax, and readers will never think about FDR in quite the same way again after seeing him swing an iron poker at a ghost — though in fact it is Eleanor and Alice who finish the job.” – The Horn Book

“[T]he supernatural phenomena associated with the haunting are chilling, and the protagonists’ plucky bravery is undeniable … The Roosevelt family is known for its many celebrated, larger-than-life personalities, and it is refreshing that Salerni centers these charismatic female characters.”
– School Library Journal

“A spooky, fast-paced, and inventive tale. Salerni expertly blends fact and fiction, providing a glimpse of Eleanor and Alice Roosevelt’s childhood that is so compelling, you almost wish the ghost parts were true.”
– Erin Bowman, Edgar Award–nominated author of Contagion and The Girl and the Witch’s Garden

“[A] haunting combination of fact and fiction with inventive guest appearances from Nellie Bly, Nikola Tesla, and soon to be President, Teddy Roosevelt, as well as gently budding romance between Eleanor and a suave and heroic teenage Franklin D. Roosevelt! Highly recommended!”
– Joy Preble, author of It Wasn’t Always Like This and Finding Paris.

“A fun, mysterious romp through a supernatural New York with the Roosevelts!”
– Book Bustle