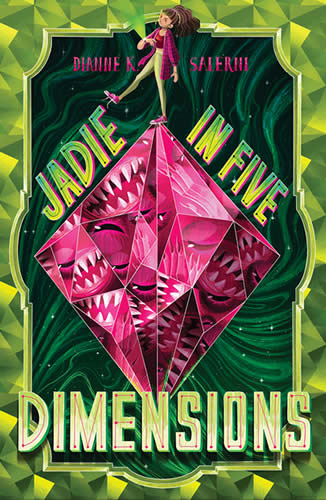 Jadie Martin grew up believing she was abandoned by her parents as an infant. Creatures from the 4th dimension rescued her and placed her with a loving adoptive family. Now, Jadie acts as an agent for those beings, also known as Seers. She uses the 4th dimension as a short-cut means to travel anywhere on Earth, performing missions calculated to guide the world toward a brighter future.

But when Jadie breaks the rules to switch assignments with another agent, she accidentally discovers that her origin story is a lie. Doubting the Seers, Jadie starts asking herself: What are the true intentions of the Seers? Do her missions really make the world a better place? Most importantly, what will all-powerful four-dimensional beings do to a rebellious human girl when they realize she’s interfering with their plans?

A Wrinkle in Time meets Flatland in this thrilling, think-outside-the-box adventure that challenges the meaning of family, loyalty, and free will. 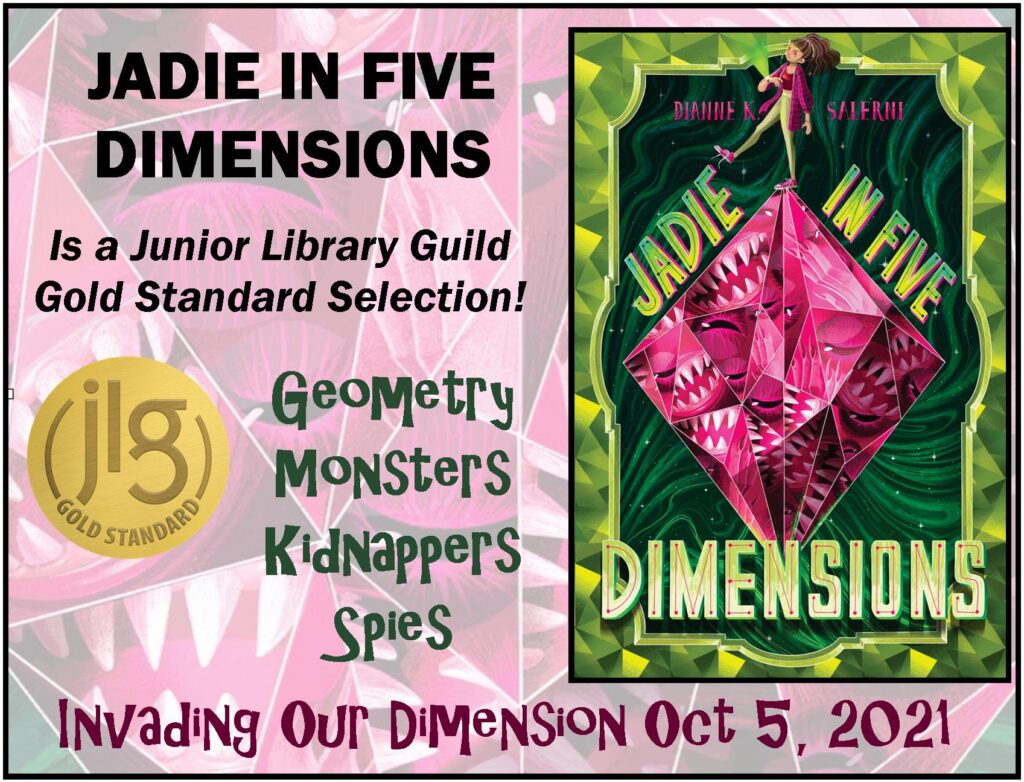 “A thrilling ride through a multidimensional universe and high-stakes action. Though the techno-speak is complex, the storyline is anchored by emotional themes of family, adoption, loyalty, and trust. Readers are invited to enter this imaginative world and consider the far-reaching possibilities.” ~ Kirkus

“A mind-bending, multidimensional adventure that also takes a deep dive into geometry and physics. Salerni offers a page-turning adventure tale and adeptly breaks down the math and science elements behind multidimensional theory for middle-grade readers. The book also has heart, touching on the emotional lives of two adopted 13-year-olds and the true meaning of family.” ~ Booklist

“A complex, engaging sci-fi adventure that offers a different perspective on our world, literally from a dimension beyond.” ~ School Library Journal