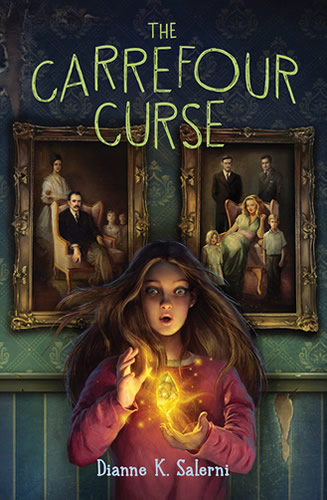 The Addams Family meets The Westing Game in this exhilarating mystery about a modern magical dynasty trapped in the ruins of their once-grand, now-crumbling ancestral home.

Twelve-year-old Garnet regrets that she doesn’t know her family. Her mother has done her best to keep it that way, living far from the rest of the magical Carrefour clan and their dark, dangerous mansion known as Crossroad House.

But when Garnet finally gets summoned to the estate, it isn’t quite what she hoped for. Her relatives are strange and quarrelsome, each room in Crossroad House is more dilapidated than the last, and she can’t keep straight which dusty hallways and cobwebbed corners are forbidden.

Then Garnet learns the family secret: their dying patriarch fights to retain his life by stealing power from others. Every accident that isn’t an accident, every unexpected illness and unexplained disappearance grants Jasper Carrefour a little more time. While the Carrefours squabble over who will inherit his role when (if) he dies, Garnet encounters evidence of an even deeper curse. Was she brought to Crossroad House as part of the curse . . . or is she meant to break it?

Written with loads of creepy atmosphere and an edge-of-your-seat magical mystery, this thrilling story reads like The Haunting of Hill House for preteens. Perfect for late-night reading under the covers. 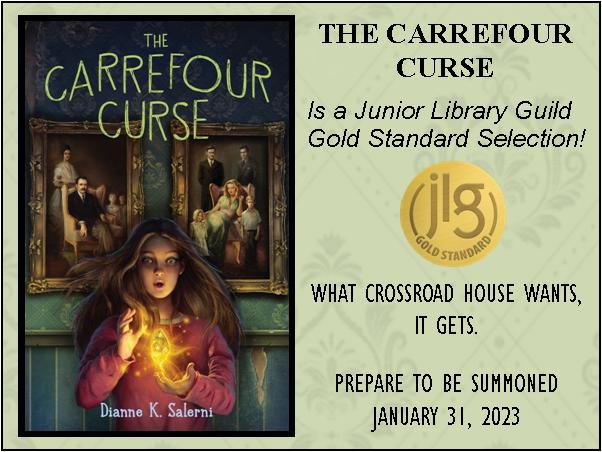