I am excited to share the gorgeous cover for my next book, coming from Holiday House on September 7, 2021. But before I do, how about a summary?

Jadie Martin grew up believing she was abandoned by her parents as an infant and left to die in a snowbank. Beings from the fourth dimension rescued her and placed her with a loving adoptive family. Now thirteen, Jadie acts as an Agent for those beings, also known as Seers. She uses the alternate geometry of 4-space to travel all over Earth, performing missions calculated to guide her world toward a brighter future.

But when Jadie breaks the rules to cover an assignment for another Agent, she discovers that her origin story is a lie. Her birth family has suffered multiple tragedies and disasters engineered from 4-space, including the devastating loss of their baby girl. Doubting the Seers, Jadie starts asking questions. Why are her missions so important? Do they really make the world a better place? What do the Seers really want? And what will all-powerful four-dimensional beings do to a rebellious human girl when they find out she’s interfering with their plans?

And now the cover, by artist Kristina Kister … 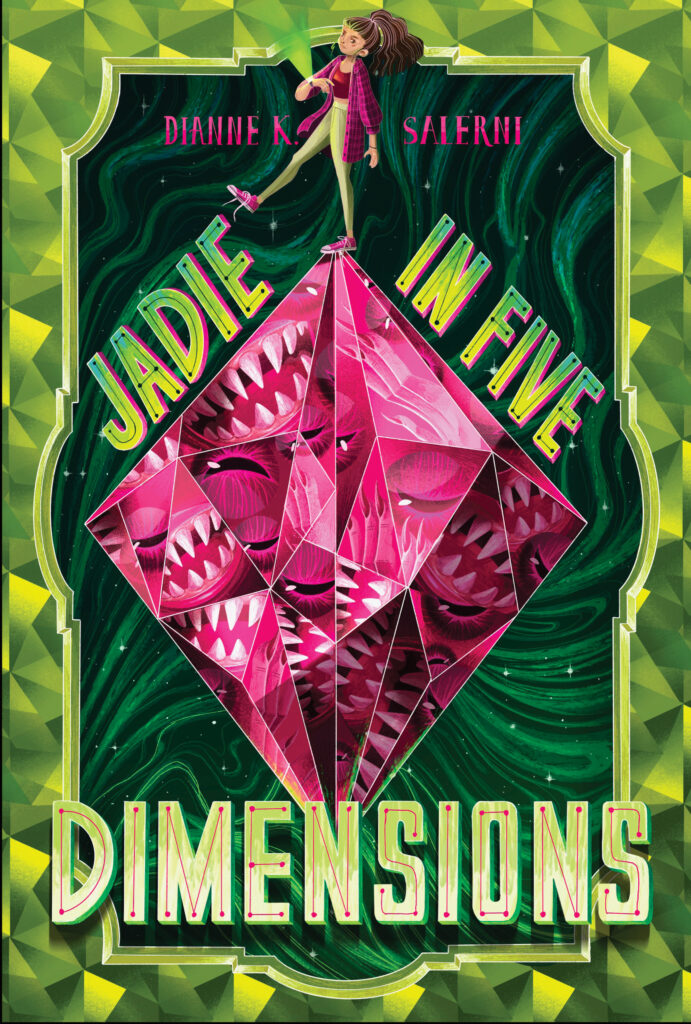