Deja Vu Blogfest: The Day of the Do-Over

I’m ending the year of 2016 on my blog by participating in DL Hammons’s inspired Deja Vu Blogfest, in which we replay a post from the year that we are particularly proud of.

I’ve chosen to share my January post on Celtic Mythology in The Morrigan’s Curse. I had to wait a long time to share this information, so I’m gonna go ahead and share it TWICE. 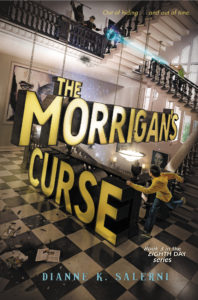 I had a lot of fun researching this book. A LOT. And since I started the first draft all the way back in 2013 — before the first book in the series, The Eighth Day, was even released, I’ve been sitting on all this cool stuff for a long time. With the book finally coming out next week, I’d like to talk about the myths and legends that produced some of the characters – and magical objects – in The Morrigan’s Curse.

As with the first two books, I drew on Arthurian legends for my Transitioner characters. In The Morrigan’s Curse you’ll meet Calvin Bedivere and Ash Pellinore. The Sir Bedivere of legend had only one hand, so I assigned my Bedivere “the hand of power” as his family talent. Sir Pellinore was known best for his pursuit of a great Beast. Therefore, I gave Ash Pellinore … no, wait. I’m going to keep that one a secret.

Because some of the major characters in Morrigan are Kin – loosely based on the Tuatha de Danann  – I also had the opportunity to delve into Celtic mythology. Each Kin character is linked to some god or goddess out of Celtic lore: Corra is an oracle, Aeron is the god of war and strife, Ratis is the god of boundaries and fortification.

Lloyd Alexander drew on this same mythology in his Prydain Chronicles, and I found myself needing to use some of the same names: Llyr, Mathonwy, Arawn. I did my best to make my characters as different as possible from his, even using the alternate spelling of Arawen so as not to draw a parallel with Alexander’s ultimate villain, Arawn. 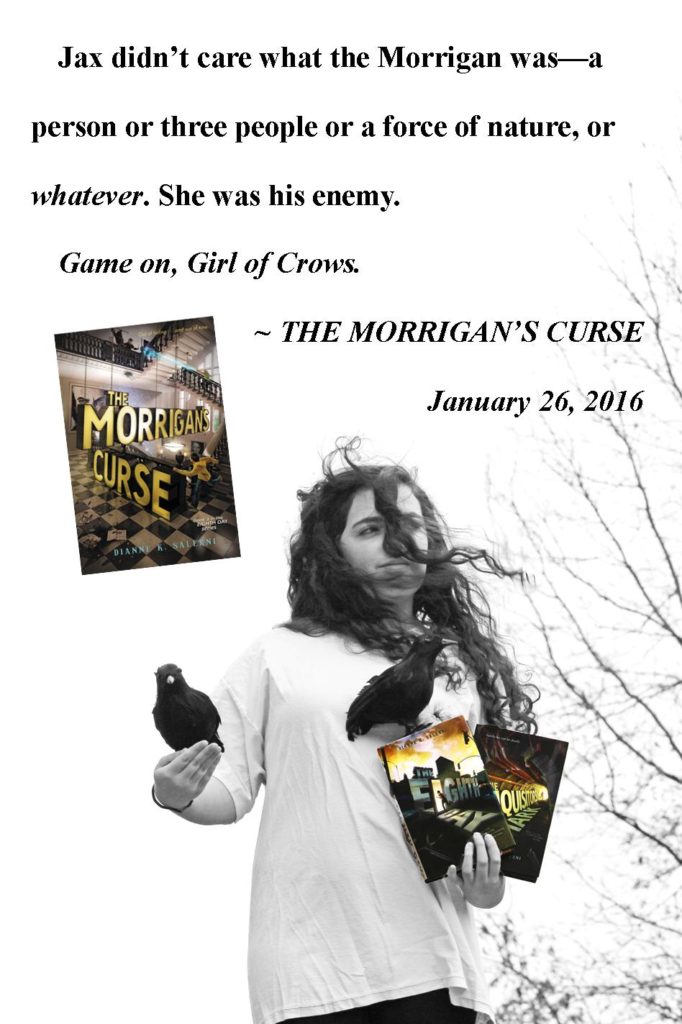 One of the best and most fun people to write about was the titular character, The Morrigan – a three-in-one deity who embodies chaos and destruction. She appears as either an old crone, a middle-aged woman, or a young girl (named by me as Girl of Crows). When I first stumbled across the Morrigan in my preliminary research, I knew at once that she needed a place in my third book. And when I was hit by THE IDEA, THE DELICIOUSLY SHOCKING IDEA about how to use the Morrigan, I had to go back into the second book, The Inquisitor’s Mark, and revise major sections to set up for her arrival.

Finally, what’s a fantasy story without a few magic items? Especially ones that might be trickier than they first appear! Here I called upon the Treasures of the Tuatha de Danaan: The Cauldron of Dagda, The Spear of Lugh, the Sword of Nuadu, and the Stone of Fal. In the legends, each one had a very specific magical use, but when I stumbled upon a website describing the symbolic purpose of each item … well, then I had the backbone of this story.

I hope that readers will enjoy how I put this all together! One of the best compliments I received from my editor was, “I kept having to Google the names in your manuscript because I couldn’t tell what you were getting from legend and what you were making up!”

Isn’t that what we aspire to?

The paperback version of The Morrigan’s Curse releases next year, on January 24, 2017.

WAH! I’m unable to successfully post the Linky Tool, but you can find the list on D.L. Hammons’s site HERE!

Wishing everyone a holiday season filled with laughter, cheer, and books!