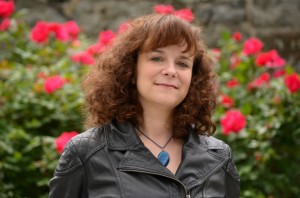 Welcome to this wandering tour of blogs by artists – writers, musicians, painters, photographers, and more. I was invited by April Lindner:

April Lindner is the author of two poetry collections, This Bed Our Bodies Shaped from Able Muse Press and Skin from Texas Tech University Press.  She also has written three young adult novels—Jane, Catherine, and the forthcoming Love, Lucy, all published by Poppy. With R. S. Gwynn, she co-edited Contemporary American Poetry, in Longman’s Penguin Academics series.  A professor of English at Saint Joseph’s University, she lives in Havertown, Pennsylvania.

Please make your acquaintance with April at her blog: April Lindner Writes

Now, for my part in the tour …

1. What am I currently working on?

While I wait on an editorial letter for the third book in the Eighth Day series, I’m working on the (painful) first draft of a middle grade science fiction adventure that I keep referring to as “string theory for kids.” The working title is BRANEWORLD. I’m also reading a book called The Ancient Alien Question by Philip Coppens and making notes for a possible future project.  (So far, I’m pretty skeptical on the whole alien visitation thing, but I am convinced there were some extremely advanced ancient civilizations that history has  forgotten, ignored, and denied. Fascinating potential for story-making!)

2. How does my work differ from others of its genre?

Is my work different? I don’t know, but I hope so. My previously published books, We Hear the Dead and The Caged Graves are YA historical – which I’m told over and over is a hard sell. (Yet, I keep trying!) They are both based on true historical events that have never been completely explained.

As for The Eighth Day series, I hope its combination of contemporary setting, Arthurian-legend-tie-in, pop culture, humor, and mix of MG and YA characters will make it stand out among other kids’ fantasy adventures. Recent status updates from a teenage reader on Goodreads gives me hope that the book will appeal across the MG/YA gap:

I LOVE RILEY SO MUCH Jax too but RILEY! I feel a little weird developing such a huge crush on one of the characters… I mean this is middle grade… but hey at least the dude is my age. 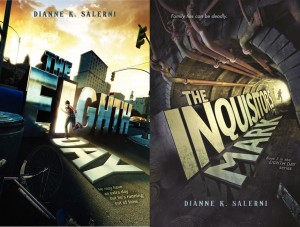 As for BRANEWORLD, I can think of other fiction that explores the same math and science – but not for this age group, and nothing recent.

4. How does your writing/creating process work?

First there is a premise, and then there are characters. An inkling of plot comes to me, and I start writing the book WAY before I really have the plot pinned down. This leads to a lot of struggling and whining and hating my first draft – which is the point I’m at right now! When I finally get to the end of the first draft, I understand what the story was supposed to be about all along. Then I roll into the second draft with a plan and a purpose and revel in glorious revisions.

And yes, I have tried outlining before drafting. It doesn’t work for me. The story has to develop organically as I tell it, so in a way, the first draft is a really detailed outline itself.

Now I’m going to pass the blog hop torch to three more artists – who will participate next Monday, July 28. Please make note of (or possibly visit) … 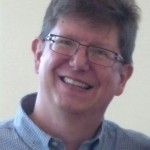 CHRIS FRIES: Chris has been playing guitar since the age of 12 and writing since he could first put letters together. But so far, it’s been a labor of love rather than a means of obtaining fame and fortune (Not that he is opposed to them — he’s open to glowing accolades and financial enrichment should anyone want to lavish him with either). He has had several micro-fiction pieces published on various writing websites, and he plays on the worship team at his church. He is currently working on two science-fiction short stories and a historical mystery novel. He also records music that he shares on SoundCloud.com, wikiloops.com, and on his blog. Visit him at StratPlayerCJF.blogspot.com.” 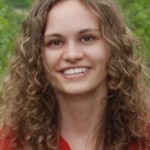 CRYSTAL COLLIER: Crystal is a young adult author who pens dark fantasy, historical, and romance hybrids. She can be found practicing her brother-induced ninja skills while teaching children or madly typing about fantastic and impossible creatures. She has lived from coast to coast and now calls Florida home with her creative husband, three littles, and “friend” (a.k.a. the zombie locked in her closet). Secretly, she dreams of world domination and a bottomless supply of cheese. You can find her on her blog and Facebook, or follow her on Twitter. 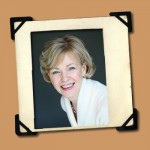 C. LEE McKENZIE: C. Lee McKenzie is a native Californian who grew up in a lot of different places; then landed in the Santa Cruz Mountains where she lives with her family and miscellaneous pets. She writes most of the time, gardens and hikes and does yoga a lot, and then travels whenever she can. She takes on modern issues that today’s teens face in their daily lives. Her first young adult novel, Sliding on the Edge, which dealt with cutting and suicide was published in 2009. Her second, titled The Princess of Las Pulgas, dealing with a family who loses everything and must rebuild their lives came out in 2010. Her short story, Premeditated Cat, appears in the anthology, The First Time, and her Into the Sea of Dew is part of a collection, Two and Twenty Dark Tales. In 2012, her first middle grade novel,Alligators Overhead, came out. Double Negative is her third young adult novel. You can find her at C. Lee McKenzie Books.