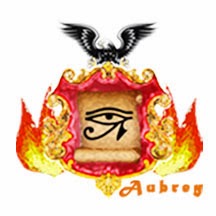 So did my teenage daughter, Gabbey.

I asked Gabbey to design a family crest for Jax Aubrey’s tattoo. She did, although she didn’t exactly follow my directions.

But Gabbey’s diversion from what I wanted (specifically, she used a bald eagle instead of a falcon) inspired the title and the premise of the second book in the series, THE INQUISITOR’S MARK. In the first book, Jax’s mark is supposed to have a falcon, but he’s given a bald eagle by mistake, This becomes important in Book 2.

It was only appropriate, therefore, that I get temporary tattoos as swag for my book launch. Gabbey designed 5 crests for Transitioner families in the first book (as well as a couple for the second book, which we are holding back for now). Then my husband found TattooSales.com.

Oddly, the first shipment vanished somewhere between a Wednesday and a Thursday. The company could not explain what happened. It’s as if someone stole the box on a day that the rest of us don’t have, just to prevent me from giving away their secrets. 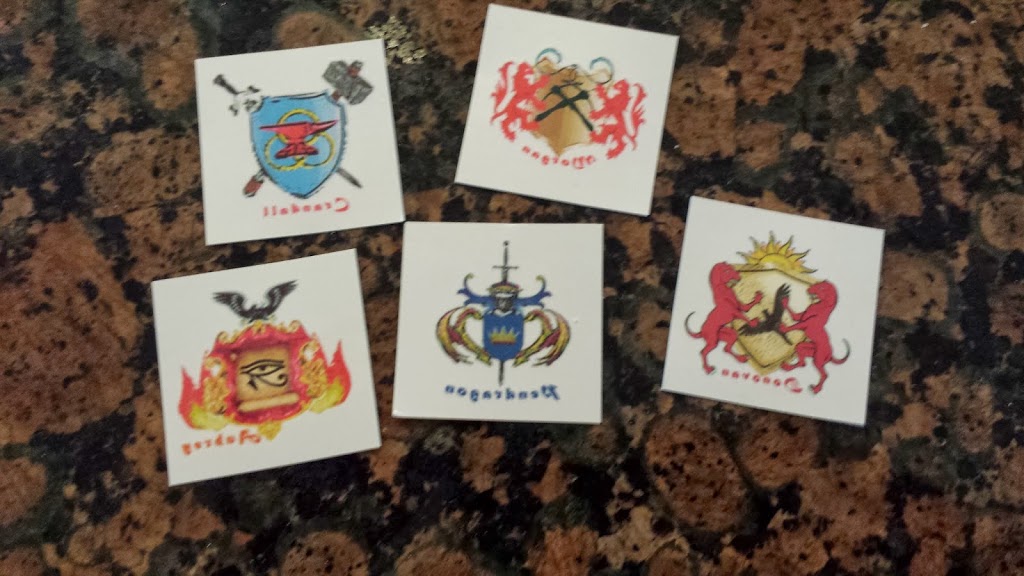 I’ll be mailing these out to anyone who buys the books and wants a set — or who’d like to have a set just for fun or to give away as prizes. If you want some, let me know!