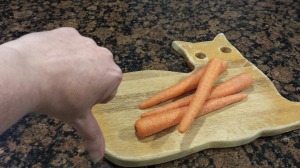 My flaw is disliking carrots.

Any well-rounded character should have flaws, I think. It makes them more realistic, for one thing, and it gives them room for growth as well. If a character starts out perfect, how can they change over the course of the book?

Yet, I’m noticing a trend in reviews of books – especially reviews written by YA readers – that complain about characters with perceived flaws. Recently I saw negative reviews of Hold Me Like a Breath that called Penny, the protagonist, “whiny and self-pitying” because she had a rare illness and her parents were too over-protective to let her live a normal life. I was almost swayed into not reading Cruel Beauty because of numerous negative reviews saying Nyx was so consumed with hatred and jealousy toward her sister it was all she ever thought about.

My books aren’t immune from this criticism. Some reviewers of The Caged Graves said they disliked Verity because she was “snobbish” when she first arrived in Catawissa, and some reviewers called Jax from The Eighth Day “an angry little complainer.”

But here’s the thing: Penny had a reason to be unhappy about her parents and her life. (I didn’t find this whiny, just normal) But she grew and changed and showed astonishing strength and bravery at the end of the story. As for Nyx, yes, she was hateful to her sister, but her attitude changed as the story developed – and the nasty thing she did to her sister in the beginning was a turning point for the sister and crucial to the plot. I believe Verity and Jax changed too. I intended for them to change when I wrote them with flaws in the first place.

Why do you think YA readers are so intolerant of characters who are flawed and make mistakes? Do they expect perfection from page one? I’m reminded of this passage I wrote in The Caged Graves where Nate’s sisters describe him for Verity, thinking (incorrectly) that she hasn’t met him yet and wanting him to make a good first impression:

They adored their younger brother and were eager to regale Verity with all his positive traits: he was hard working and loyal and earnest and kind. Oh, he had his faults, too. The sisters agreed that he could sometimes be too hard working – and probably too earnest – and kind to a fault. Annie confessed that no one had ever been able to get Nate to eat carrots, as if this were the most terrible thing she could say about him. 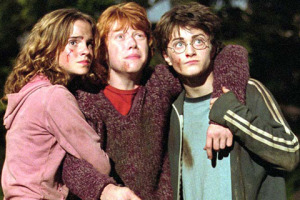 Have YA readers progressed to a point where a dislike of carrots is about as much as they can tolerate in the way of a flaw? What flaws does Harry Potter have, after all? A tendency to break school rules to fight evil? How about Katniss Everdeen? Does that girl even have a flaw? She starts off the book being a dead-eye shot with a bow and arrow, sacrifices herself for her sister – and continues her heroics from there.

What do you think? Have you seen reviews that slam protagonists for their flaws without recognizing that they are bound to change? Do YA readers understand that character arcs usually involve self-discovery and growth? How about you personally? Do you prefer a protagonist with an Achilles heel – or a Harry Potter who’s basically just as brave and loyal and good at the beginning as he is at the end? I’m not saying I don’t love Harry. I do. But … did he change? Discuss!