Getting Our Geek On 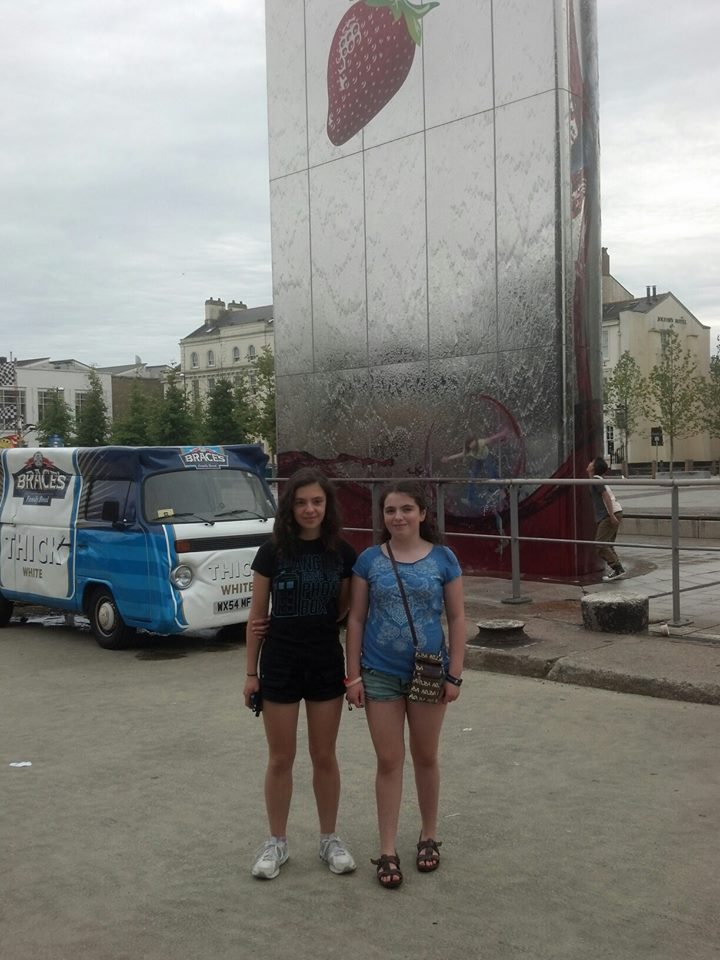 When my husband and I first started planning this summer’s vacation, we asked the girls where they wanted to go on their first visit to Europe. London was their top choice, followed by Cardiff, Wales.
“Cardiff?” we asked. “Really? Why?”
“The Doctor Who Museum,” they replied.
Now, I’m a pretty big Doctor Who fan, but even I was unsure about planning a stop in Cardiff just for this. However, when I learned the trip could be combined with a research tour of King Arthur-related sites in southern Wales, I was sold.
We flew into Heathrow on August 8 and took a train directly to Cardiff. Shortly after checking in at our hotel, we walked out to Mermaid Quay and Roald Dahl Plass, the location of the Hub in Torchwood (a BBC Doctor Who spin-off), and our daughters faced a disappointment. Roald Dahl Plass had been taken over by a beach-theme carnival, and it was impossible to take a picture of the pillars that make this site a landmark. As for the Water Tower – the secret entrance to Torchwood where Susie shoots Jack in the pilot episode – it was covered with advertising decals. 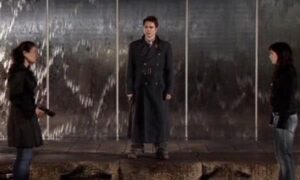 Two days later, however, the Doctor Who Museum and Studio Tour made up for it.

“The Doctor Who Experience,” a 25 minute interactive adventure (similar to “Poseidon’s Fury” at Universal Orlando’s Islands of Adventure), was amusing, but the real gem here was the museum of old filming set components, costumes, props, and behind-the-scenes photos. Here’s the actual cradle used in the episode A Good Man Goes to War. 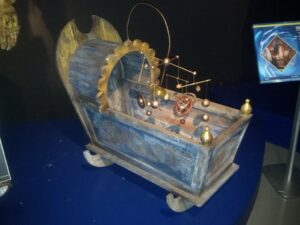 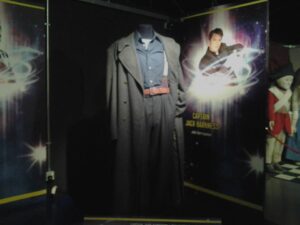 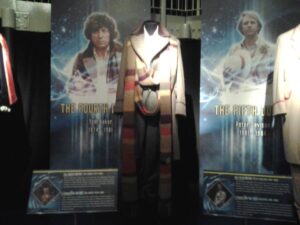 And do you recognize this TARDIS? Probably not!  It arrived at the museum the evening before our visit, and we were told it was used on the filming set of the Doctor Who 50thAnniversary Special, airing this November. 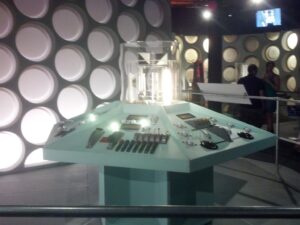 We also visited the BBC studio next to the museum and the actual 360 degree set of the TARDIS from Season 7 with 3 levels. As Gabbey said in awe, “We’re walking on ground that Matt Smith walked on!”

One of the coolest things about this tour was that everyone on it was as big a geek as we were. We explored the TARDIS with two gentlemen, each over six feet tall and burly, who bounced on their toes with excitement every bit as much as we did.
Even our tour of south Wales included a Doctor Who related stop. After visiting several historical locations (I’ll talk about those on another day), we spent a half hour at Southerndown Beach, where Army Of Ghosts, Doomsday, and Journey’s End were filmed (think: the tenth Doctor says good-bye to Rose) as well as The Time Of Angels and Flesh And Stone (think: the crashed ship full of Weeping Angels). 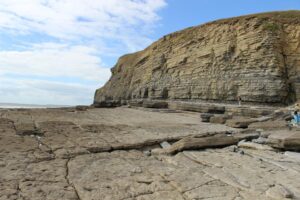 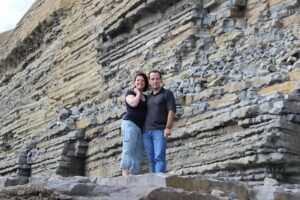 Our phones had no data connection on the beach, so we weren’t able to call up the exact image we had in mind when taking pictures. But when I returned to the hotel, I looked it up, and we came pretty close:
Rose Tyler (Army of Ghosts quote: “This is the story of how I died.”): 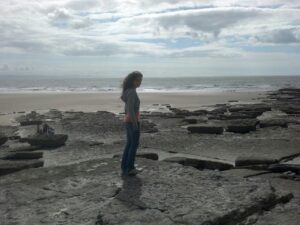 My girls list the studio tour, museum, and beach visit as #1 on their list of Favorite Things We Did in Europe.