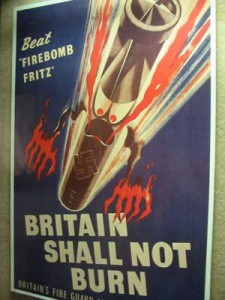 Our fourth and final First Impressions post for August comes from Matthew Reeves, author of the wildly successful cell phone novel Once Upon a Christmas Wish.

This sample is the first page of his currently untitled YA historical fantasy, set against the backdrop of World War II:

“Will,” a voice spoke softly, breaking the silence that had only moments before surrounded his thoughts.

Looking up, a small yet noticeable yawn escaping from his lips, the young man quickly found himself greeted by a familiar face.

“Is there anything I can get for you?” the flight stewardess asked, flashing a large smile.

It was the same smile from before.

Straightening up from his slouched position, he shook his head, “Thank you, but it’s alright. I’m fine.”

“Are you sure?” she said eyeing him, “There aren’t many your age who can handle flying alone so easily.”

“Yes,” he nodded, flashing back a timid smile of his own, “Quite sure.”

“Okay, but remember, if you should need anything, anything at all, I’m only a wave away,” she winked.

He gave another nod.

As the woman continued to move down the aisle of the plane, passing his seat and the vacant one behind, he let his eyes gradually follow after her. She had been the first person to greet him when he and the other passengers had boarded. Being as nervous as he was, he had blurted out his own name immediately upon seeing her. With a laugh she had welcomed him and politely replied with her own.

“Susan…” he whispered to no one in particular.

She was from Britain, the same as himself.

Yorkshire, to be exact.

Turning his head back to the window, he continued to stare out at the alien view that lay beyond the pane of glass.

“We should be approaching the Almaza Airport very soon,” spoke one of the flight attendants after peaking her head inside the pilot’s cockpit.

‘Cairo,’ he thought with a mix of anxious and nervous heart beats.

My first thought is that I’d like to visualize the setting a little more clearly, since I know it’s historical. Although I’m sure the year will become clear once Will disembarks in Cairo, there could still be some hints here. For example, Will might see propellers on the wings of the plane out a window, feel the throb of the engines, or even straighten his tie and suit coat when he wakes up, (I imagine that is what he might be wearing in the 1940’s). These details will give us the sense right from the start of the time period. It will also explain the solicitousness of the stewardess, for Will is obviously not a small child needing her attention.

It might also be nice to have a more intimate glimpse of his thoughts, if only the tiniest hint of why he’s traveling to Cairo on his own – or excitement about the flight itself if this is his first time. (Is he sorry to have slept through part of it?) I want to like this polite young man, flying without any family with Egypt, and giving me a peek inside his head will help me connect with him right away.

In editing notes, “peaking” should be “peeking” and I would drop the word “gradually” from “let his eyes gradually follow after her” because I think it reads more smoothly without it.

Overall, the combination of World War II, Cairo, this young man, and the designation of the novel as “fantasy” pique my curiosity about the story! Thanks, Matt, for sharing your work with us. Readers, please check out Marcy’s critique on Mainewords – as well as Matt’s website. You can also find him on Twitter.