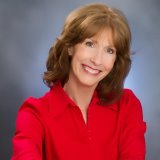 Our second submission for First Impressions this month is PEACEFUL ACRES, a YA magical realism manuscript by Jennifer Kirkeby.
As soon as the front doors slid open, I fully expected my nose hairs to disintegrate from the sharp smell of pee and Lysol. That’s how I remembered it from when I saw Grandma in one of these places. God was that depressing. Sad and lonely faces in all stages of decay, slumped over in wheelchairs or forever condemned to hospital beds while staring off into space. And they were the lucky ones. Give me a semi-truck coming eighty-miles-an-hour straight at me any day of the week.
So imagine my surprise when I walked into the lobby. Not only did it look like an expensive hotel, but once I stopped holding my breath, the only smell I noticed was the faint scent of some kind of flower. Of course I still wasn’t convinced. After all, this was my punishment, not a vacation.
“David Ackerman?” said the girl behind the desk.
“Yeah.”
“Welcome to Peaceful Acres.”
As she walked towards me, I was hit by unworldly beauty. I don’t mean she was just hot, she was pure perfection. A goddess. Long brown hair and matching eyes. Confident. Spectacular smile. I mean spectacular. I looked at her name tag. Danielle Oleander. She offered her hand as she introduced herself, but if it wasn’t for that name tag winking at me, I probably would have forgotten it. She smelled like lilacs. And had that music been playing since I walked in?
“Does it hurt?” she asked.
At first I thought she was talking about my hand she was still shaking. Then I realized she was looking closely at my right eye.
“No. Well, a little.” I tried for sympathy in case she wanted to take care of me.
She let my hand go. “Sounds like you were lucky. Your mom said it was quite a car accident.”
“Yeah, it was.” Great. What else did my mom tell her? That I had totaled my sister’s car on purpose?
“I’m glad you’re okay.”
“Thanks,” I squeaked.
“Follow me, David.”
Maybe this wouldn’t be so bad after all.
Well, the first line certainly caught my attention, and there’s a lot of voice in that first paragraph! These sentences gave me pause, however: And they were the lucky ones. Give me a semi-truck coming eighty-miles-an-hour straight at me any day of the week. Clearly he thinks it would be luckier to have a quick death than to linger in a nursing home, so I would reword that section.
Other than that, the only thing I suggest addressing is the unspecified age of Danielle. Her poise and the phrasing of her greeting, as well as the mention of David’s mother, made her seem like an adult. But he calls her a girl. Is she his age? Slightly older? Or a grown (but hot) woman?
If she is his age, I’d like her to behave and sound more like it (even if she is confident), and I’d also like a hint at why she’s working the desk here. Does her name tag say “Volunteer” perhaps? And if she is a teenage girl – volunteer or employee – would David’s mother have spoken to her directly about his “punishment” or would this have been arranged through someone higher?
I definitely want to know why David crashed his sister’s car on purpose!
One last thing I might mention is the title. (Although I hesitate to bring this up because authors are very attached to their titles, including me!) PEACEFUL ACRES doesn’t evoke a sense of conflict for the story — rather the reverse of conflict. I’m wondering if something different might better catch an agent or editor’s eye.
Readers, any comments? Jennifer, thank you for sharing your page with us! Jennifer can be found at her blog, and don’t forget to check out Marcy’s feedback of the same page at Mainewords!