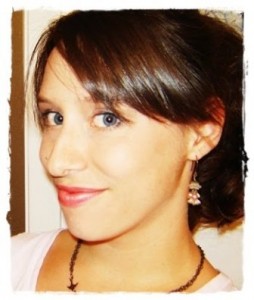 I’d like to offer a big thank you to Marisa Hopkins at Living the Creative Life, for being brave enough to share a page of her manuscript for First Impressions feedback! After you’ve read my impressions below, pop over to Mainewords, where Marcy Hatch will also be sharing feedback on Marisa’s page.

The following excerpt is the first 130 words of SLEEP, Marisa’s urban fantasy retelling of Sleeping Beauty:

On the day I was born all the spring flowers blossomed, the crickets played their violin wings and the faeries sang songs of love and joy. That’s what my father used to tell me, anyway, as he tucked me into bed at night. I’d lay there with my baby quilt pulled all the way up to my chin and listen as he told me over and over again, the story of my birth and the bliss he and my mother felt as they gazed upon their newborn Cinnia Rose.

I knew by the time I was three that spring flowers don’t bloom through the autumn frost and crickets die in the cold. Not to mention the only faeries at my birth were my pixies, and of the seven of them, only Skipperling can carry a tune.

Immediately, an image of Pixie Hollow springs to my mind, but then it is bashed down by the first sentence of the second paragraph. This sentence lets me know that everything is not all sweetness and light in Cinnia Rose’s world, and suggests a conflict between the way things should be and the way they are. Her voice hints at disappointment or cynicism here, but as I continue reading to end of the page, I realize the emotion I’m seeing is sadness.

After this opening passage, the narrator shares the rest of her father’s retelling of her birth and reveals that both her parents are dead. The memory of this favorite story is all she has left to comfort her. Marisa ends the excerpt with these sentences:

I’m supposed to feel lucky that I was given seven faery gifts at my birth. But I would give back every single one in a heartbeat just to hear my father tell the story one more time.

I found this intriguing! Here is the conflict in the story: Cinnia Rose is supposed to be gifted. She is supposed to have a life that mirrors her father’s story. But she doesn’t. All is not well in her world.

Whenever I see lines that grab me like this, I usually recommend moving them forward and opening with them. They would reveal Cinnia Rose’s problem and a bit of her personality in the very first paragraph. It occurs to me that the first lines as written reveal her father’s personality, not her own, and he is apparently dead when the story opens. So, perhaps it would be better to begin with the narrator’s wish that she could trade what she has for what she lost. What do you think, Marisa? Those lines could lead into the father’s story about her birth, but the telling of it would be flavored with sadness – because we would already know it’s not true and the man who loved to tell it to her is gone.