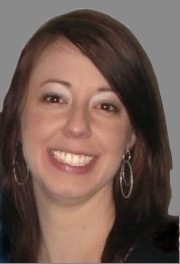 Our final First Impression critique for the month of June is the first page of Foreshadow, a YA paranormal romance by Brea Essex.

The flat tone of the monitor reverberated through my head as my mother’s now-lifeless hand began to turn cold in mine. I stared into her empty eyes as a doctor came in and pronounced her time of death. A nurse reached over and disconnected the monitors, asking if I needed anything. “I’m fine,” I insisted.

“Take as long as you need,” the doctor told me quietly.

In all honesty, I couldn’t wait to get out of the hospital. I was sick of the cold, sterile environment. I was tired of their sympathetic looks. There was no reason to remain there now that my mother was officially gone. “It’s okay, you can take her now. I’ve already said my goodbyes.”

“We’ll call you when her remains are ready,” the doctor informed me.

I remained in the chair and watched as they covered my mother’s body. They brought in a stretcher and moved her from the hospital bed, and then wheeled her out of the room. Everything felt as though it was moving in slow motion. I wished they would hurry up so I could get out of there. I followed them out of the door and watched until they reached the elevator. When the doors closed, cutting off my view of her for the last time, I finally gathered my things and began to leave.

“Excuse me, Miss Davenport?” a voice stopped me in the hall.

Hmmm . . . I’d never been called “Miss” before. “Yes?” I turned—and froze. Standing behind me was a man who could only be described as a golden god. I realized my jaw had dropped open slightly and I quickly shut it before the heavenly vision positioned directly across from me noticed my brief stupidity. I rapidly looked him over, praying he wouldn’t notice my scrutiny. He had slightly spiked sandy hair that was bleached even lighter by the sun. He had a golden surfer tan. Oh, and he was wearing a police uniform.

The writing is very smooth and clear, and opening with the death of the narrator’s mother and the arrival of a policeman is a good way to grab our attention. I did have some ideas for engaging the reader further and helping us connect with the main character.

The narrator shows no emotion in this scene, and I’m not certain if that’s because she’s numb – or relieved – or even if she disliked her mother. I’m wondering all kinds of things. Is the girl in shock? Was this a long, protracted illness that has finally ended the way everyone knew it would? Or is there some other, more unusual reason for her apparent lack of emotion?

In a way, engaging my curiosity like that is a clever thing to do, but if her lack of emotion is done on purpose, I’d like to see some allusion to it. Perhaps the nurses are put off by her aloofness. Maybe she sees them whispering about it. And if there is a good reason for her to feel nothing, I’d like to see a hint of it. (Don’t tell me the whole story yet – but tease me with it!)

If, on the other hand, it’s just shock that has her acting this way, I’d like to feel that numbness in her narrative. I was sick of the cold, sterile environment. I was tired of their sympathetic looks. Those lines make her seem more annoyed than numb — but she snaps out of it at the sight of the golden-haired cop. It doesn’t commend the main character to us if she’s more interested in the arrival of a good-looking guy than the death of her mother!

I think Brea demonstrates a smooth writing style and a clear, precise narration, but I’d like to see her let us into the head and heart of our narrator on that first page. That’s something I have struggled with myself – especially in the opening paragraphs. It’s tricky, but it would only take the right sentence or two, dropped here and there in this scene, to do the job.

Brea, thanks for sharing your work! Be sure to stop over to Mainewords, where Marcy Hatch will have her own take on this first page!