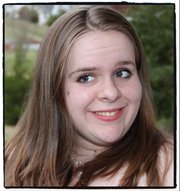 Today’s post is our second First Impressions critique for July. This is the opening page of a YA dystopian novel called MASQUE, by Sarah Keith.

I knew what was wrong even before my mother started weeping. There was only one reason for someone to ring at our house at this time of night. Something was wrong with Molly.

My eyes snapped open as soon as I heard the little tinkling at the front of the house. My parents entered the hallway about the same time that I did. There were no locks on our doors, or on the doors of any other house in the hamlet. And as soon as I saw Charles standing inside the front door of our home, I registered how short my nightgown was, how sheer.

I wasn’t used to seeing him so close. On stage, he’d always looked so confident. Framed in my tiny front room, he looked taller than usual. His strawberry-blond hair, usually slicked back, fell into his eyes now. His face was etched in a strange sorrow. I wrapped my arms around my chest as I stood in the hallway. I watched my father go up to Charles and take the small letter he held in his hand.

“Please read it,” Charles said. “I don’t know what it says. I don’t even know what has happened.”

My father opened the parchment and scanned it quickly, then looked up at Charles. “You have no idea where she could have gone? Why?”

Charles shook his head. “I wish I did, sir. This letter was given to me by the writer. I was given no other information.”

“But you two were so close. Surely you must know something.” This time, my mother spoke. She was a stout, careful woman, and she had been suffering in an unnatural silence since she awoke. The sound of her voice comforted me. My mother only really frightened me when she had nothing at all to say.

This first page causes me to make several assumptions. I am guessing Molly is the narrator’s sister, and I also suspect the narrator has a slight crush on Charles, considering how she thinks of her own appearance as soon as she sees him. Molly has vanished, but the family isn’t entirely surprised because they seemed to be expecting bad news about her, according to the first paragraph. So far, the story has my attention! I want to know what Charles is to Molly, what the letter says, and who gave it to him, if it wasn’t Molly herself.

I think the dialogue between the father and Charles is a little stiff. Unless this formal style of speech is purposely part of the dystopian setting, I would suggest using more contractions. Also, if Charles cares for Molly at all, I’d like to see more distress in his words.

These lines gave me some trouble: This letter was given to me by the writer. I was given no other information. I had trouble putting my finger on it, but finally decided it seemed a strange response to the question: You have no idea where she could have gone? I am thinking it might seem more natural for Charles to say something along the lines of: I wish I did, sir. But as you can see, the letter doesn’t say.

Finally, the first line reads: I knew what was wrong even before my mother started weeping. But the mother doesn’t weep in this passage. In fact, it says that she’d been suffering in unnatural silence since she’d been awakened. So, I think it’s got to be one or the other – weeping or silence. And if it’s weeping, then I want to know when she bursts into tears. Is it when she recognizes Charles, when she sees the letter, or at some other point?

Thanks, Sarah, for sharing your first page with us! It’s a tantalizing beginning, and I wish you luck with it!

You can find Sarah Keith on Twitter – and be sure to check out Mainewords for Marcy’s critique as well!