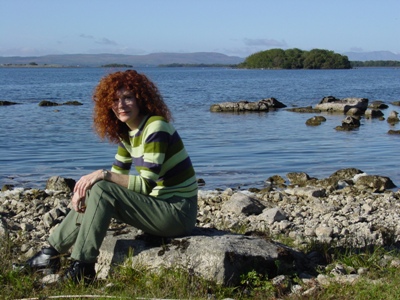 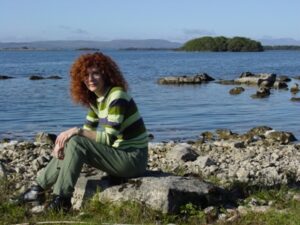 Our second First Impressions for December is a middle grade science-fiction/fantasy novel by Fiona Claire entitled FINDING OUT. Like the last First Impression, this is a NaNo project and a first draft.

I might be dead. If I am, it’s a shame because I didn’t say good-bye to anybody, not Dad (if he even cares anymore) or Mrs. K or anybody. But I don’t feel anything and I don’t see anything or hear anything, so . . . Doesn’t that mean I’m dead?

The last thing I remember was running, like I always do when things get too awful. And it had been a totally awful, horrible, crappy Friday. So, when I got home from school, I didn’t eat the snack Mrs. K had left out for me, or take my medicine, or even change my school uniform. I just ran outside. The air felt cool on my face as I raced across our back yard and into the wild maze of bushes and trees that we called the ‘back lot.’

It was a good place to be alone, and I made a b-line for the secret fort I’d created as a little kid. About four summers ago, when I was just eight, I’d worked hard cutting back bushes and vines to make a sort of tunnel that led directly to Headquarters.

The problem was, now it was all overgrown. I couldn’t even get a few feet down the path without the branches cutting and slashing at me. Had it really been that long since I was back here to check the place out? It must have been over a year, at least, since before . . . well . . . before a lot of things.

I ran back inside and got my pocket knife to cut back some of the bushes. Emmaline was just hanging out in her web in my bedroom window.

There’s a deceptively large amount of information packed into a short amount of space on this page. (Very neatly done, btw!) By the end of the passage, I know something bad is about to happen to the MC, so that she (he?) thinks she might be dead. (A lot of information is given, but not the gender of the speaker – however, my gut instinct is this is a girl.)

I also know she lives with a distant and seemingly uncaring father and Mrs. K (a housekeeper?); she attends a private school (the uniform), and has some kind of medical condition (the medicine she didn’t take). A year ago, something happened that caused her to stop visiting her fort.

AND she either has a pet spider – or a magical spider that lives in her room. She talks to the spider, but the spider doesn’t talk back (yet), so I’ll withhold judgment on the magical part.

There were a few things I questioned. If she hasn’t been out to this fort in a year or more, why does she make a beeline (not b-line, btw) for it now, after a Friday so crappy she doesn’t eat her snack or take her medicine? I also thought if the path was so overgrown she couldn’t make it to the fort, she’d need gardening shears, not a penknife from her room.

And the biggest question for me, what happened to this girl to make her think she might be dead? The last thing she remembers was running … and the scene starts with her running to her fort … so I expected I was going to find out right away. Then she turns around and goes back to her room. I was disappointed by this detour, but I assume the author knows exactly what she’s doing and the spider Emmaline is crucial to what happens next.

One thing is certain, the story certainly has my attention! Fiona, thanks for sharing your page with us!

You can find Fiona at her blog Ageless Druids. Also, be sure to stop by Mainewords for Marcy Hatch’s critique of this same page.