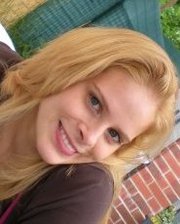 Our second submission for First Impressions is from Katie Mills, otherwise known as Creepy Query Girl to most of the blogging community. Katie has given me some invaluable feedback on some of my manuscripts, so I’m happy if I can return the favor. This is the beginning of her WIP, a YA contemporary romance: Kisses for Coffee:

In Tokyo, high school kids don’t have to be at registration until 8:30 a.m. And by then, it’s daylight. And they ride in on the tram or the subway. How do I know this? Well, Nanako Ivana Saki- Canterbury’s only Japanese foreign exchange student just told me. And yes, that is her real name.

I stifle a yawn and struggle to stay focused on the road but Nanako keeps mumbling nervously, the whites of her almond-shaped eyes visible in the car’s shadowy interior.

“Is so dark outside,” she says, for the third time.

I like the idea of how this story starts, with two girls heading to school on the first day – one of them a Japanese foreign exchange student, the other her desperately-trying-to-be-patient host. I did have to read the first paragraph a couple of times, because at first I thought the story was set in Tokyo. The girl’s name blended in with the town name, so I’d suggest re-wording that sentence. For example:

Well, Canterbury’s only Japanese foreign exchange student, Nanako Ivana Saki, just told me. And yes, that is her real name.

It might be a good idea to ground us firmly in an American car winding its way on a back road in the dusky pre-dawn hours of the first day of school before mentioning Tokyo.

The first page gave me a few chuckles, including this passage:

Nanako swallows. “Sadie?” She says my name with a really soft ‘d’ so it comes out sounding more like ‘Saylieeee?’

“Hmn?” I answer. Dear God, why can’t she save her questions for when I’m fully conscious and not trying to maneuver around sharp curves with no street lights?

“How many murders you say have happened in your town?”

“None Nanako,” I sigh. “I told you, there have been no murders in Canterbury.”

Heh, heh, heh. I appreciate Sadie’s restraint! She must be about ready to commit Canterbury’s first murder! By this time, I am wondering how long Nanako has been in the country and what commentary she will have on the school when they get there.

Nanako shakes her head skeptically, pin straight black hair falling across her cheek. “This place looks like the setting for every horror movie I has ever seen.” She jumps up and gapes out the window. “What was sat?”

“A squirrel.” I reply, hands tightening around the steering wheel. I take a deep cleansing breath, hoping if I relax, Nanako will take my lead.

Overall, I enjoyed this first glimpse of Nanako and Sadie. I’m wondering where they’re going from here, and how Nanako will blend in at school. My only issue was with the first paragraph – but it usually takes me a bazillion tries to get that right in my own work. I considered whether Katie could move a stronger sentence up, but I think it’s more a matter of clarifying what is there. I’d suggest just playing around with Sadie’s voice and the opening lines until the right combination appears.

Check out Marcy’s critique of this same page on Mainewords and be sure to visit Katie’s blog, Creepy Query Girl.