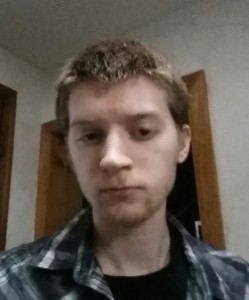 Our  second submission for First Impressions comes from Nathan Koronkiewicz. This is the first page of his YA Fantasy: A LUMINOUS APPARITION’S RESOLVE.

Life had begun in an instant, had changed over time and it was bound to change once more. This change would send shockwaves throughout the universe shattering everything and rewriting the path of history, as we knew it. Not one species would be safe from the wrath to come. From the midst of Garrett’s good intentions was the birth of a force of pure evil.

“A Hero, a mystical person, someone who sets the criteria of what is righteous. Each culture, each world, we all have someone who has once reached this title. Yet, why is it that my race has no one to call a hero of their own?” Looking out across my blank canvas, the pathways were as sleek as ever, the reflection of the stars below glimmering. My eyes drifted downwards, and I looked upon a lone planet in the emptiness of space.

Taking my brush, I had painted the scene, which had unraveled before me.

Sword and shield in hand, the man stood next to a flag of his people. His face filled with anguish and gratitude as he looked out across the battlefield. None of his comrades had remained, but in the distance, a flag of an empire was burning.

“A sole survivor, huh? He managed to accomplish his goal, but what was his price? Was it worth the blood spilt from the war to achieve freedom? I suppose it was for his people that he set out for victory.”

My feelings were mixed on the matter; I was intrigued by the concept known as heroes. How could it be that something known as ‘heroes’ existed in almost every world? But, each of these heroes differed from one another, their morals, their personalities and what they set out to accomplish. Is there some sort of connection between all heroes? Are they somehow drawn towards this concept? I don’t quite understand it, but if I could, I’d strive for it as well.

I grasped my painting and took one last look at it. It was the birth of a hero in action, a marvelous scene, which depicted only one kind, the hero of war. I had come across many types of heroes in my time, but I had never witnessed a war hero. If I had to guess, it was a near perfect depiction to add to my collection.

It took me a couple readings to get a good feel for this page. I have the impression of a young man (possibly on a spaceship?), surveying his newly completed portrait of a hero on a battlefield and wondering what it means to be a hero and why he chose to paint one when he has never met anybody who could be called one. However, I think the scene would read more smoothly if the paragraphs and information were presented in a different order.

I suggest starting with the painting. Perhaps the painting should be described in the opening paragraph as the narrator removes it from the easel. If he’s been painting next to a viewport on a spaceship – explaining the reference to stars and a planet below him – make that clear. (Or cut it for now. You can reveal that he’s on a spaceship on the next page. There are only so many things you can get on the first page!)

After we know what he’s looking at, then would be the time for his reflections. I really like the paragraph where he describes his subject as a sole survivor and wonders what price he paid. From there, you could move into his reflection on what defines a hero and why his race doesn’t have any.

Therefore, what I’m suggesting is this: Re-order everything on this page so that you move from the specific to the more general.

I’m not sure how the current first paragraph fits into this – whether it is meant to be a mini-prologue before the first scene, or if it is part of the narrator’s thoughts. It might work better as an epigraph before the first page or a quotation as part of the chapter heading. Or maybe it should simply be cut, allowing the sentiments in it to unfold during the course of the story. If this is the theme of the book, let us find it on our own.

I also wanted to mention that I was confused at first by the dialogue when he appears to be alone. Is he speaking to himself? Later, he switches from dialogue to internal thoughts. Maybe all the lines of dialogue should be changed to internal thoughts – with the notable exception of that paragraph beginning, “A sole survivor, huh?” Those lines should be directed to the hero in the painting, with “he” changed to “you.” I like the idea of him talking directly to the man in his painting, asking questions about a situation well beyond his experience.

Readers, what do you think? Nathan, thank you for sharing your first page with us! Everyone should visit Krystalyn and Marcy for their feedback on the same page – and come back on Wednesday for our third First Impressions post!