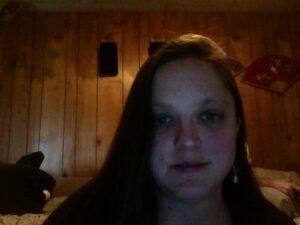 Did anybody miss First Impressions last month? I did! So I’m happy to bring you the first page of Mary O’Donnell’s YA science fiction/dystopian manuscript A WOMAN’S WAR.

Lysa managed a comforting smile as she lay in the hospital bed with small tubes winding around her. Even as the world burned in war, she was still only thinking of me. I looked away from Lysa and stared at the window. I was grateful to the tubes since they gave my sister needed nutrients. Mentally I knew that the tubes acted the same as roots do to for a tree. However, they made my skin crawl to see them hooked up to my sister.
Instead, my eyes strayed to the other patients in the ward around us. There were a few wounded soldiers who moaned in their beds. One soldier had two bandaged stumps for legs with red blood painted edges. An old woman stared ahead out the window, her eyes were glazed over, and complexion pale. Each new breath the old woman took was a small miracle. Lysa, in contrast looked as if she could easily get up and walk out of the hospital. Her cheeks were rose colored and her breaths were still strong. The tubes that were connected to my sister, keeping her alive were the only signs I could see that Lysa’s strength was failing her.
Lysa was always the strong one who never needed a man to carry a thing for her, or to make a living. Her strength was amazing to me. Lysa’s husband went missing in action in the war after she became pregnant. Since she refused to blubber or complain about her hardships, I was the only one who could tell that she had taken the news hard. I understood, however, that some wounds were personal. When I asked her why she didn’t talk about her husband, my sister told me that true grief was done in silence.
I like the first two sentences, which convey a very concise description of these sisters’ relationship without stating it outright. Lysa is the sick one, but she still looks out for her younger (I’m guessing) sister. The following sentences could be rearranged to express this vivid image of the tubes without unnecessary “telling” statements. Something like: The tubes attached to my sister made my skin crawl no matter how I tried to convince myself that they were like the roots of a tree, providing life-giving nourishment.
In the next paragraph, I suggest making each patient her eyes fall on a little more individual and memorable. As stated, they are pretty generic. I do like the strange fact that Lysa looks stronger than any of them, but in fact she is one of the sickest people there. It makes me wonder what is wrong with her.
In the third paragraph, I would eliminate the first two sentences because they flat out tell us things we’d rather see for ourselves. Instead, find a sentence that transitions between Lysa’s false image of strength in the hospital bed versus the real strength she has shown in the past. Describe her reaction to her husband’s disappearance – how it looked to others, and how the sister knew better what was in Lysa’s heart.
Readers, what do you think? How else can Mary paint a vivid picture of these sisters and draw us further into her story?
Mary, thanks for sharing your first page here today. Mary can be found on Facebook, and don’t forget to check out Marcy’s review of this same page on Mainewords.