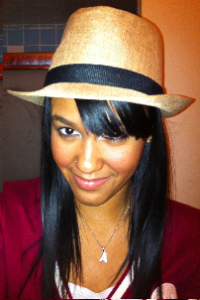 I hope everyone had a happy Labor Day! Our first submission for First Impressions in September comes from Blake C. Haysel. It’s called CRIMSON, and it’s a YA paranormal thriller and spin-off of Little Red Riding Hood.

Memories could change in fifteen years. Altering to fit how you wanted to remember them.

When I woke the light of the morning was still gray. For a few moments I continued to lie in bed counting the seconds on my old clock. Finally settled in my morning skin I stood up and walked to the window. The only one I had in my matchbox bedroom. Fog still clung to the glass as I gazed out at the Statue of Liberty in the distance from our small high-rise apartment in Red Hook. My father moved us out to Brooklyn when I was three years old after it was clear he could not afford to pay the mortgage on the bungalow in New Hartford. That was what happened when half the family income vanished into thin air along with your mother. For about a year, he put up a good fight though, wanting to at least let me keep my home since I could not keep my mother. The mother I could not remember. Or maybe my memories choose to be forgetful when it came to her?

Cracking the window open, my nose was instantly assaulted by the delicious aromas of the local bakery across the street. I remembered the first time I had a crescent roll. Flaky, buttery and sweet. My father held my hand as we made our way to the other side of the black paved road. The bakery normally did not sell to customers before 8 a.m. but my father wanted me to try the crescent before I went to daycare. It was my first day. But the owner of the shop was a Vietnam veteran and could not refuse my father’s request. Ever since then, if Dad was home from deployment we would head over there to enjoy a crescent as he walked me to the train station before school.

The neighborhood was starting to yawn and stretch. Old men were walking out of the grocery store with their morning newspaper and hot tea. Mothers were juggling their workbags and their sleepwalking toddlers. The stoplights were doing their dance for an invisible audience. Exhaust clouded the air as cabdrivers rub their hands together and waited for their engine’s to heat.

As I watched the other world carry on, I wondered why it got to continue on when mine did not. As if nothing happened. Sighing, I shivered to shake the chill that settled in my bones. Didn’t matter that the heat in the apartment was stifling.

There’s to be a lot of emotional back story conveyed in this first page, and there are several lines I really like: That was what happened when half the family income vanished into thin air along with your mother. For about a year, he put up a good fight though, wanting to at least let me keep my home since I could not keep my mother. ~ The stoplights were doing their dance for an invisible audience. But I wasn’t sure what I was supposed to focus on: the missing mother, the move from New Hartford to Brooklyn, or the memory of that crescent roll with her father.

Beginning with a statement about the unreliability of memory works for me (although this one needs to be rephrased because the second sentence is a fragment), but if that’s the opening line, then the author should take us directly to the memory in question. Is it the croissant and the bakery? Is it the young girl’s impression of the bustling city, going about life normally when hers has been overturned? And what about this memory has she altered to fit the way she wants to remember it?

Does she have no memories of her mother at all? Not even false ones she’s made up to fill this hole in her life? A memory of her mother that she admits is totally invented would fit the statement made in the opening line.

Overall, I’m interested in the main character, but this approach to the beginning of her story doesn’t fully engage me. Rather then use the first page to describe the city in which she lives – one most of us are familiar with anyway – I would love to see a description of a memory she’s reshaped into what she wants it to be. (Especially a memory of the missing mother engaging in a motherly activity she never did.) Readers, what do you think?

Thank you, Blake, for sharing your first page with us! Please check out Marcy’s feedback on the same page at Mainewords, and Blake can be found at her blog, The Tattered Page.