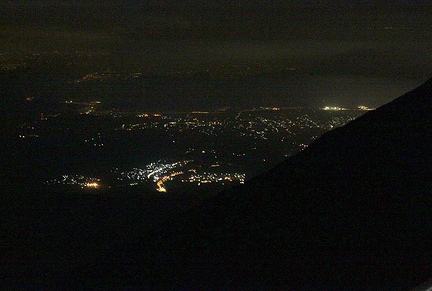 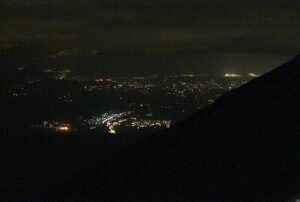 Our First Impressions for July begins with Honey Rose who is sharing the first page of her contemporary suspense story set in the rainforests of South America, where she once lived for a year. It’s titled CROSSING THE CULTURE.

As Ellie and Kate flew over the Gulf of Mexico, the sun set and the sky grew black around them. After dinner was served, the cabin was darkened for the passengers to sleep during the remainder of the four hour flight from Miami, but the two young friends were restless. It was the first time since starting college that Ellie would be reunited with her large family again, and Kate, her coworker from the restaurant had never been to Ecuador before. The flight attendant announced the impending arrival and Kate leaned forward to catch sight of the lights of the city. Ellie had explained that the city was nestled in a valley in the Andes mountain range, but the mountains were invisible in the darkness.
The plane came around in a steep turn and the lights down below came into view. It looked like a chaotic mess of stars, concentrated in the middle like a galaxy and then spreading out up the sides of the mountains. The wheels hit the runway and bounced twice, braking hard on the short runway to bring the plane to a stop.
The flight attendant opened the door and prepared for the passengers to exit. Kate made her way to the top of the stairs and a blast of cold air hit her. She was wearing a sweatshirt but realized that this would not be enough.
“Brr, Ellie! You were right, it’s freezing here,” Kate complained as she made her way down the stairs.
“I tried to tell you. Did you bring a coat?”
What stands out most for me in this passage is the description of the city lights in the invisible mountains: It looked like a chaotic mess of stars, concentrated in the middle like a galaxy and then spreading out up the sides of the mountains.  I’d like to see that description expanded, and I think the page should start with it – followed by (or possibly preceded by) conversation between the two girls as the city comes into view. (And let’s get the name of the city.)
The first paragraph as it stands is a summary of their trip and their back story, which is not a great way to open.  I think Honey should pull her readers into the story by putting us in that plane with Kate and Ellie.  Who they are and why they’re headed to Ecuador is background information we can pick up through dialogue or bits of narrative shared in later pages.
Why not let us experience the girls’ excitement through their dialogue?  Ellie can point out what her friend is missing in the darkness, and Kate can bemoan the fact that she’s missing it, until that beautiful galaxy of lights comes into view.  Show us the camaraderie between the girls, so that we’ll start out liking them from the very first page and want to join them on this adventure!
Thanks, Honey, for sharing your first page with us! Readers, please share your thoughts and also check out Marcy’s comments on the same page at Mainewords. You can find Honey at her blog Stories to Share.
I’ll be skipping Wednesday, since it’s the Fourth of July and returning on Friday with our second First Impression post.
Picture: Image: ‘IMG_1812’
http://www.flickr.com/photos/94109405@N00/3886673946