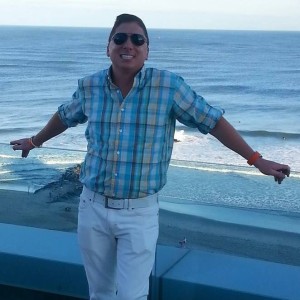 I am happy to say that we have a full house for First Impressions in October – 3 authors, 3 first pages! Our first submission comes from Angelo Michaels. It’s upper MG, magical realism, and titled CURSE CURSE.

I knew the imposter wasn’t my sister.  Genuine or not, her appearance, her mere presence suggested that my sister might’ve still been alive.  There was no explanation in the discovery, no means to an end.  My sister was still missing even though the doppelganger was recovered.

There were small tells, like Siena pulling on the wrong side of her razor straight black hair or tapping her left foot, instead of right, when annoyed.  I could see right through her because she didn’t have her defensive shield in place—her innate, inanimate ability to control her environment with her commanding personality.  Always the boss since she followed me out of our mother twenty-two minutes after I arrived in the world.

Siena was always playing catch up.  Picking up on skills like walking, talking and writing, slightly before me—pushing her way to the front, barreling me over in the process.  It was easy for her because I was the timid, shy introvert.  She spoke for both of us, made the decisions and I just followed along.

Even now, entering adulthood at 18, the sea of time between then and now seems to have been absorbed like a sponge.  Those critical years of discovery, both of body and principle, meld together until they become one journey, one thought.

All these years later the pain of losing Siena is still as fresh, the fear still as raw as the night she went missing.

The night of our 13th birthday I was scared, petrified at the thought of never seeing Siena again.  Dragging around my half self for the rest of my days, the other half vanished, stolen in the night.  If she was dead than I didn’t want to live.  The world would cease to exist without her in it, but the globe continued to spin in the void so she must’ve been alive, somewhere out there.

I thought my mother, Genieve Grace, being a psychic, would’ve sensed Siena had been replaced when she returned.  Astrologist is her professional title.  Genieve gives Reading, lays tarot cards and plots star charts.  Her ability stems from a heightened intuition bordering on premonition.  She calls it the Wave because it rolls over her, compressing her thoughts until one trumps the others.

That’s why when Siena went missing I thought Genieve would’ve been more helpful.  More insightful in locating her and more cognizant, upon Siena’s return, that she wasn’t my sister.

I knew it, and not just because she was my twin, but because we’re Witches.

It seems that the inciting incident of CURSE CURSE is the disappearance of Siena on the night of the twins’ 13th birthday. In my opinion, the book should begin before that incident — so that we briefly get to know both girls before one of them disappears — and the narrative should be firmly grounded in the here and now.

The chapter as it stands now serves as a prologue written from the perspective of Seea’s future. She’s 18, looking back on what happened years ago. There’s a lot of description and back story of the two sisters that really shouldn’t be on the first page (it can be presented later in the story), and all of it comes from a very adult-sounding voice: the 18-year-old Seea. I think that voice is a problem on the opening page of a MG manuscript.

I once took a webinar with an agent in which he discussed what he looked for in the first page of a manuscript. He said he wanted to connect with the character’s voice and get a hint of the coming conflict. The conflict is there, but what’s missing is the voice of the MG protagonist – a timid and shy 13-year-old girl lost in the shadow of her sister.

If, by any chance, this prologue is followed by what happened on the night of their 13th birthday, then I highly suggest cutting this page altogether and starting with the next chapter. But take care with the voice of the narrator, making sure it stays true to a MG girl. Readers, what do you think?

Angelo, thanks for sharing your page with us! You can find Angelo at his author website, and please check out feedback on this page from Marcy and Krystalyn.