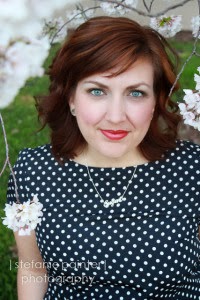 March is here, and coming in like a lion! Today, I’ve got the first page of a YA fantasy titled DESCENT by Kallie Ross, who’s looking for your First Impression:
The pounding of my feet on the dry, cracked Texas dirt is met by the pounding of my heart.
“Jesse!”
He was there one minute, taking a shortcut through the field behind our houses, then gone the next. The earthquakes have grown more frequent and the ground more unstable. As I stumble, a strong hand steadies me, and I know it’s my neighbor, and Jesse’s older brother, Mateo.
“Jesse!” His cry stretches across a huge rift that is opening at the foot of a natural gas drill. The town conspiracy theorists say that those drills, that are peppered in our subdivisions, are the cause of these quakes. With another tremor, I glance back at Mateo. His lean build will have him caught up to me in a few more strides. Behind him, Alexis’ blonde bob is bouncing and her shorter legs are struggling to keep up. Our slumber party is not going to end with french toast and selfies.
In front of me, the gap continues to grow, and I can’t stop fast enough. No one can save any of us now.
“Ollie!” The last thing I hear is Mateo’s voice as I fall into a void of black.
I’ve been here before. Dreamed this before. Gold specks of dust shimmer around me, it’s peaceful, and as I take a deep breath it makes me feel stronger. It’s heavenly. Reaching out to touch it, the omniscient light scatters away from me and reveals a large room made up of marbled rock. If this were Heaven there would be golden streets, not an aura of it, and my father would be here. The higher the glowing cloud rises, the closer the dark shadows encroach upon me, and it feels as if I’m falling, again. Maybe this is Hell.
“Olivia.” I hear my name being called by a deep calming voice, but don’t want to look away.
A tribal drum beat echoes across the room, and I tear my eyes away from the glorious light to find the drummer. Noticing a lone figure standing in the distance, he waves for me to move toward him. His presence gives off a feeling of familiarity as I move closer, but I’m not walking.
“Hello?” My voice is muffled in my own ears and doesn’t echo across the room the same way the steady beat bounces off each jagged wall.
There’s a promising premise here – unexplained tremors, possibly an evil drilling company, and falling into a mysterious world — but everything moves a little fast for me. There are characters running through a field because of an earthquake, and we don’t get to meet any of them or understand what is happening before we are plunged (literally) into a new setting.
I suggest starting earlier – at the point where something interrupts Alexis and Ollie’s sleepover and sends them out of the house and into the field. There they run into the neighbors, Mateo and Jesse. This will introduce the characters a couple at at time and set up the situation so we can picture who they are and what’s happening to them.
I want to know why they run out of the house (instead of the standard duck and cover) and why they keep running once they’re in an open field. (Are they chasing Jesse, a frightened, panicked child?) I want to know why they’re running toward the presumed source of the quakes. (Again, is it because Jesse ran that way?) As for Ollie’s fall, I definitely want a description of the fall itself before we learn where she landed. — and it doesn’t have to happen on the first page. Readers, what do you think?

Kallie, thanks for sharing your page with us! Marcy will share her thoughts on this page at Mainewords, and you can find Kallie at her blog,