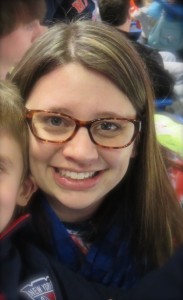 Our second submission for July’s First Impressions comes from Stacie Dempsey. This is YA speculative fiction entitled DREAMKATCHER.

I woke with a jolt of familiarity. There was a memory digging footholds into my brain trying to resurface. The imagined stench of a charred experiment gone wrong lingering in my nose. Behind my still closed eyes I can see the outline of the old brick laboratory, black against the waking sky, flames escaping through its windows and matching the sky’s intensity. My heart pounds as I try to make my way back in. Heat sears my cheeks just as tears come flooding down to cool them. Their trapped cries resonate in my ears as a lone thought repeats in my head… I have to save them.

This dream clings to my consciousness, hanging like a low fog. A fog that a thousand suns couldn’t lift. There’s only one way to rid these terrible thoughts from my mind, something I should have done last night. I reach for the BAND on my wrist, knowing what I will find before I see it there. Blank screen, battery dead.

As I stumble across the room, limbs still heavy with sleep, my body begins convulsing with sobs. Overwhelming pain takes over and threatens to pull me back into the abyss of depression. It’s as if each sob slices into my soul, fracturing it until I’m spread thin enough to be carried away by the morning breeze. Wrapping my arms around myself I attempt to pull the pieces of me back together long enough to reach the port.

Racing the last five feet to the wall, I hold my wrist against the port ready to evict the nightmare from my mind. The glass panel glows red, confirming it’s dead battery and my failure to sync. As the BAND charges the panel slowly changes from red to yellow and finally green. The sync begins and I can feel my thoughts flowing out of me like a stream. It’s as if a dam has been released and is washing away these painful memories that infest my sleep.

This latest episode marks the second time this month I’ve forgotten to keep my BAND charged. Gram will be furious when she finds out. “Our BAND’s are meant to relieve the burden the day’s thoughts have on our soul. Without a proper sync each night we won’t be able to make it through the day”. It won’t be the first time I’ve received this lecture. Taking one last deep breath, I pull myself together and head downstairs to face Gram.

This first page poses many questions for the reader: What was the experiment that went so wrong? Who died in the fire? What do these BANDS do – and does everyone wear one, or only people who’ve undergone a trauma like this narrator? These are all things that will engage our interest and make us want to turn the page!

With that said, I should mention (and if I don’t, someone else will) that agents and editors often advise writers NOT to start their manuscripts with a dream or with waking up in the morning. This is because they see so many manuscripts beginning this way that the “dream/wake up start” doesn’t interest them anymore. Of course, there are always best-selling exceptions. The Hunger Games, for instance, starts with Katniss waking up and going about her morning routine. However, as a new writer seeking to attract the attention of an agent or editor, you might want to look for a different and more unique place to begin this story.

Secondly, I think the narrative could be tighter. Paragraphs describing her emotions would have more impact if they were shortened. Let’s take the third paragraph, for instance. There are four sentences: two describing her physical response and actions, two describing her internal feelings. Showing emotion is always recommended over telling emotion, although internal thoughts often help us connect with the character. I’d suggest keeping the physical responses, picking the best way to express her internal grief, and cutting the other sentence.

Finally, I was shaky on the details of the BAND and her failure to charge it. Would the BAND have prevented her dreams – or simply washed away the pain of them? Did she realize she’d forgotten to charge it because she had the dream, or because the emotion was affecting her so much? I think if you tighten your paragraphs and sentences, these points will be clarified. And of course, if you do decide to start the story at a point other than waking from a dream, the BAND might end up being introduced in a different way.

Readers, any thoughts you’d like to share with Stacie? I’d like to thank Stacie for sharing her page with us and point you in the direction of her blog: Smocus, Smocus.  Be sure to check out the feedback from Krystalyn and Marcy, too!