First Impressions: ELSBETH AND THE CALL OF THE CASTLE GHOSTIES 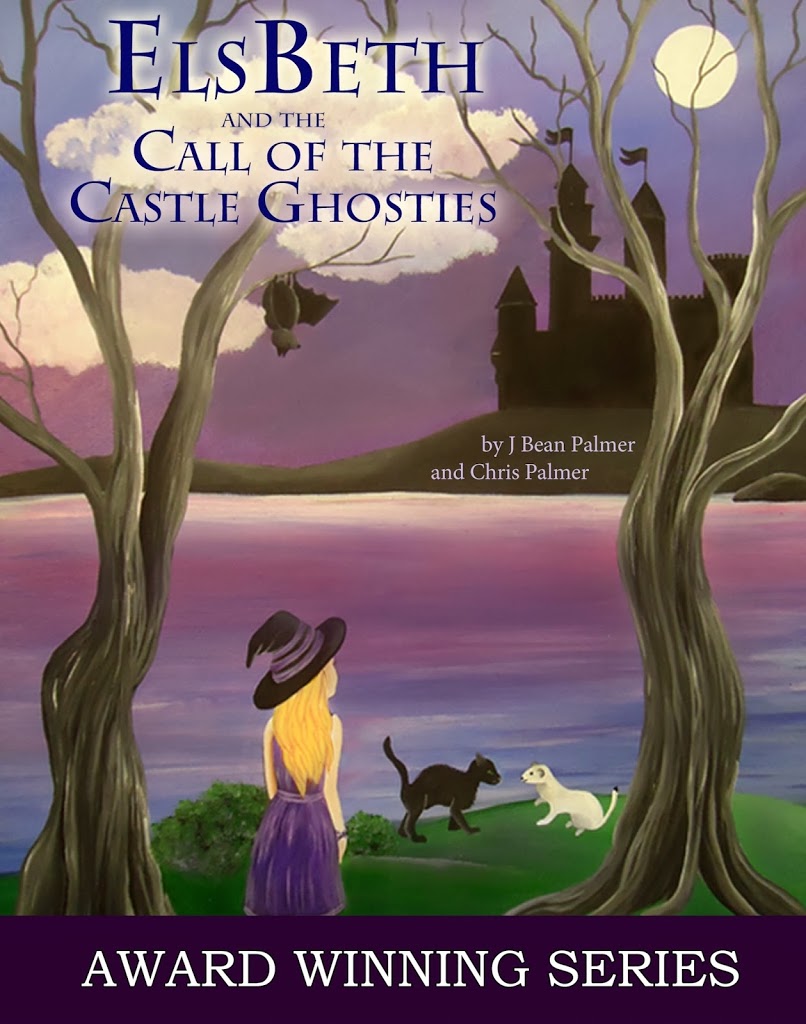 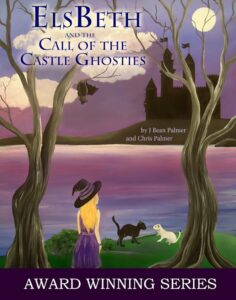 Our second submission for First Impressions comes from co-authors J Bean and Chris Palmer for the third book in their Cape Cod Witch MG fantasy series: ELSBETH AND THE CALL OF THE CASTLE GHOSTIES:
THE CALL
Present Time, Scotland, the Castle
Durst was not upset about being dead.
But he was upset, and mightily so.
His homeland was threatened.
Not for the first time over the ages. But past threats had come from fierce soldiers he had fought with hot passion and honor. While the danger now came in the smooth words and slippery smile from the one known as “Gorgeous.” And though Durst was now a cold ghost, it chilled him.
From a rough-hewn cavern beneath the dungeon, Durst’s vaporous form rose up, high above the tower walls. Below him the castle’s grey stones gleamed softly in the weak moonlight. A fog lifted slowly from the rocky cliff that bordered his land and overlooked a restless inland sea.
An owl swooped past in search of prey. A lone wolf howled. And other creatures of the night went about their quiet business.
This land must not be destroyed!
***
Strengthened now, Durst returned to his solitary chamber deep underground.
He rubbed the flat edge of his stone knife, back and forth, back and forth, against his pale blue cheek.
Done with thinking he stabbed the blade into the air, and a single crash of thunder quaked the Highland dark, summoning two other unearthly forms of the castle. In their own times and in their own ways each of them had devoted their living days to these lands — the proud mountains and their valleys of sweet heather, on which even a god could lie and rest his head and drink from bottomless clear lakes.
The ghosts shifted in the small space, uncomfortable together. They were not friends. But they were bound by a love of their homeland that could not be bounded by a short earthly life.
Now they needed one from the living world. One with the purpose … and the magic … to protect this sacred place.
Durst took up the length of sapwood from the sacred alder tree on which he had carved the old symbols. He cut the final notch of a simple flute.
The three touched, and a white-gold energy glowed and grew until their shimmering forms blazed in cold fire.
Durst’s ancient ghostly lips met the living wood. He breathed in all their hopes and fears, and sent forth to the Four Winds a sweet, sharp song. His command was clear: “Carry here the youngest of the clan. The youngest Thistle.”
A future was cast.
There are several lines in this opening that could be tweaked for clarity. For example: summoning two other unearthly forms of the castle. To me, that reads as two ghostly forms of the castle itself, not two ghosts fromthe castle. I was also unclear on the phrase Strengthened now, which begins the second section. I am assuming Durst was strengthened by his love of the land, but I think this could be stated directly. Also, rubbing a stone knife across one’s cheek seemed a strange way to think things over, even for a ghost! And since I knew this was a ghost, I wasn’t sure if it was a corporeal knife or one as ghostly as Durst himself.
That said, the conflict in the story is very clear from this beginning. We’ve got a threat to an ancient land, three ghosts who don’t necessarily get along, and the summoning of the human who will save them … who I’m guessing is none other than our heroine, ElsBeth, the little witch from Cape Cod.
There is wonderful descriptive language here to invoke the setting of the story, but I think the adjectives and adverbs are a little heavy-handed. They overwhelm the reader. Stripping out a few would make the scene more crisp. I’m not one of those adverb-haters; I use adverbs all the time. But I do end up cutting many of them in the end because they clutter up the description.  I also have a tendency to lay on the adjectives in a liberal manner, sometimes using two or three for one noun. Eek! In revisions and editing, I go back and choose the strongest one, then ruthlessly cut the rest. As for hot passion in a MG novel … best not to go there, even if it’s not that kind of passion, lol!
Chris and J Bean, thanks for sharing your first page with us! You can learn more about the Cape Cod Witch series, which has been very well-received, by visiting their website. And don’t forget to stop by Mainewords for Marcy’s feedback on the same page.
I’ll be back on Friday with a third installment of First Impressions!