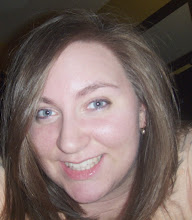 Our first submissions for First Impression in October comes from Rebecca Buss. The working title of this YA Suspense story is GOODNIGHT STRANGER.
In the middle of the night, and in the middle of a rainstorm, Paige Aldridge climbed up a set of metal-grate stairs in nothing more than her pajamas. The stairs were about as reliable as a fire escape, and a shoddy one at best, but there was no indoor entrance to her friend’s apartment – and Paige did not have many other options so late at night.
It had only been a few minutes earlier that Paige had woken up with her face pressed against the road. It was the rain that had pulled her from her sleep. A few drops of water landed on her hand and immediately she knew something was wrong. Then the sky opened up and soon Paige was soaking wet. Disoriented at first, she knew what had happened. Only she was not expecting to wake up lying across the double yellow lines of Third Avenue.
Somehow, Paige managed to get out of bed. Somehow, she left her house and wandered miles away, only to lie down again in the worst possible place. Somehow, Paige had managed to do this while she was still asleep, and unfortunately, this was not a new thing for her.
Paige reached the floor she wanted on the apartment building– three stories above the Westtown Deli, and only one story below the rooftop – and paused. She had to wonder what time it was. She had to wonder if it was a good idea to wake her friend and his brother just so she could come in out of the rain. They probably wouldn’t mind. Was it a better idea to make the trek home though? Or maybe that option was not even a safe enough one to consider.
She reached out her arm, gleaming with both sweat and rain, and knocked on the door. Her friends were not the lightest of sleepers. She knocked on the door harder, worried she would wake up the neighbors first. Paige raised her hand again, but she dropped it quickly to her side when the door cracked open and someone peered outside.
“Paige?” she heard.
“Yes,” she said, her voice still surprisingly heavy with sleep.
I really like the premise suggested by this first page. I wonder if Paige is an ordinary sleepwalker or if something more unusual is going on.  I understand that she wouldn’t have her cell phone in her pajamas, so she can’t call home for a ride. And I assume her friend’s house was nearer than her own.  But I wonder why walking home didn’t seem to be a safe option for her. I get the impression it’s not just a matter of crossing town in the rain. I’m intrigued.
I think the narrative could be streamlined for a smoother feel.  There is some repetition of phrasing (She had to wonder …) and three sentences in a row that begin with Somehow. I think those sentences might work nicely joined together. (Paige had managed to get out of bed, leave her house, and wander several miles across town, only to lie down again in the worst possible place.)
The other thing that struck me was the vivid image of her waking up and finding herself lying across the double yellow lines of Third Avenue.  I kind of wish the story had started with that.  Yes, I know the rule.  Don’t start the story with the MC waking up.
But if Paige’s tendency to sleepwalk (if that’s what happened) is central to the story, then maybe this is an exception?  And of course, the title is GOODNIGHT STRANGER, so I’m wondering if that ties in.
Readers, what do you think?  If Rebecca started the story with Paige opening her eyes and finding herself lying across the double yellow lines of Third Avenue, would that be intriguing? Or would it be cliché? (Or would it make the readers think she was opening with that other no-no: a car crash?) Maybe I’m nuts, and Rebecca should stick to the opening line she has.  Which I really do like, by the way. Starting with Paige climbing the metal grate stairs in a rainstorm in her pajamas and having her think back to where she woke up is a good way to avoid the no-no opening.
Thanks for sharing your page, Rebecca! You can find Rebecca at her blog A Page and a Half at a Time.  You can also find Marcy Hatch’s thoughts on the page at Mainewords.