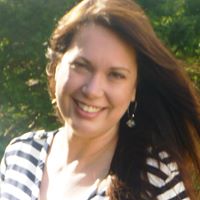 We only have one submission for August First Impressions this month, but it’s one with an intriguing premise! This is the first page of  Maria Anna Witt’s GOODNIGHT, SWEET PRINCE – a modern re-envisioning of Hamlet centered around a teenage boy band instead of a prince of Denmark.

Five hours into the ten hour flight from Copenhagen to Detroit most of the first class passengers were asleep. Harm tried. Seat reclined, headphones on, eyes closed, music playing, pushing ‘next’ repeatedly before accepting that next was never any better. He switched over to replay the voice mail message from three days ago.

Harm, they’re talking about a new contract. Whatever you do, don’t sign anything without talking to me first. And don’t let Mars sign anything either. Call me when you get a chance.

Listening to Dad’s voice, he could picture him—gray hair, thick-rimmed glasses, and kind, serious expression. He hadn’t called back. Between late night shows, and later night parties, and sleeping it off, there hadn’t been time.

Christmas. That was the last time he’d talked to Dad in person. Lied to him. How was everything going, was he getting enough sleep? Sure, Harm said.

“Touring is tough, I’m proud of you.”

The tutor must have taken the tests. All Harm did was scribble his own handwriting on the papers and get a recap of what he’d learned. The formalities of being a minor in show business. Dad knew a lot about the business, but he didn’t seem to know that.

The last time he’d seen his dad and he’d lied. It hadn’t bothered him then, but now, it felt like someone was strangling him. He gasped and sat up, arms flailing defensively.

“You okay?” Mars asked. Next to him, his younger brother’s seat was upright, his skinny arms and shoulders tense under his tight black leather jacket, as he turned his phone over and over in his hands.

“Can’t sleep.” Harm said, shoving his headphones off. He thought about the Ativan in his pocket. He was trying not use them. Didn’t trust Mom and her doctors. So easy to get hooked on stuff.

Mars nodded, and turned toward the window, even though the plastic shade was closed. His phone vibrated with a loud hum, and he jumped and almost dropped it.

“The funeral’s Monday,” he said, checking the message.

“He didn’t know that!” Harm’s voice came out harsh in the steady hum of the plane, and he dropped it back to a half-whisper. “All he knows is the show must go on. Dad was in the hospital and we were out there shuffling. We should have been on this plane yesterday.”

There are a lot of really engaging things about this opening, especially when the reader knows the connection to Hamlet means that Harm’s father’s death is bound to be more complicated than it seems – and we already don’t want to trust his mother (or her doctors). Most of my notes are about minor line-editing for clarification.

First of all – and this is a personal preference – with nicknames like Harm and Mars (at least, I presume they’re nicknames or stage names) – I’d really like to get their real names up front. Perhaps in that voice mail from their dad? If anyone would address them by their proper names, it would be their dad, right?

In the line, He hadn’t called back, I think you should name Harm, so we don’t think it’s the father who never called back. As for the lines – “Touring is tough, I’m proud of you.” Dad had toured a year before quitting his band and becoming a wildly successful songwriter. – I’d like to see them in the same paragraph, and I’d also like a better feel for the connection between them. Is the point that Dad does know how hard touring is, because he’s done it? Or that Dad has no idea what it’s really like, because he only did it for one year? The following exchange about the schoolwork suggests the second meaning, but it’s unclear to me.

Along those same lines, Harm should be more definitive about the schoolwork deception. It would only take a slight change: The tutor had taken the tests. All Harm ever did was scribble his signature on the papers and get a recap of what he’d learned.

As for this passage:

I believe Harm is referring to a concert prior to Oslo that Paolo did not cancel. I think you should sharpen the point by stating it directly. Something like:

He was still furious that Paolo had convinced them to stay for the performance in Copenhagen last night.

But overall, I’m anxious to turn the page and learn more. Readers, what do you think?

Thanks, Maria, for sharing your page with us. Maria can be found at her blog, Never Mind Wasting Time, and don’t forget to check out Krystalyn and Marcy’s feedback on this same page.