First Impressions: INTO THE BLACK 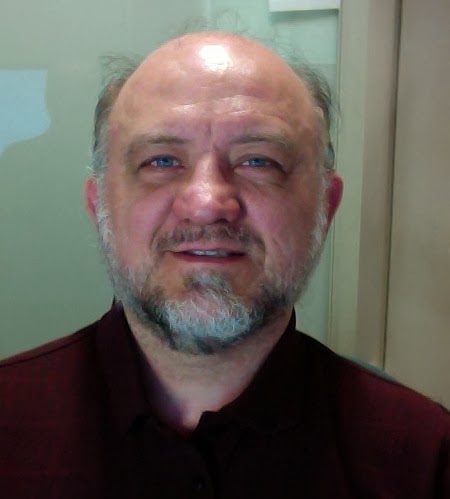 Our last First Impressions in February comes from Paul Baughman. It’s a science fiction novel titled INTO THE BLACK:
John Adler walked into the office of the Director of Advanced Projects when he heard the muffled ‘Enter’.
“Hi Bill,” he said.  He stopped in surprise to see three others already seated with Bill Smith in the informal conference area.
“Come in, Jack.  Have a seat.”
Jack closed the door and took the one unoccupied chair at the end of the low table.  There was a mug and a carafe of coffee already set out in front of him.  Automatically, he poured himself a cup and sipped as he studied the others.
Louise Billings was a familiar face to the scientific world.  In her late forties, she still kept a trim figure and unlined face.  If her dark brown hair had any grey, it wasn’t showing.  She wore a conservative business suit and a crisp white blouse.  She had started her career as a mediocre chemist with a talent for publicity and politics.  Over the last twenty years, she had used her political savvy and scientific credentials to work her way into the Directorship of the National Research Agency.
Henry Stinson was well-known both inside and outside the scientific community.  As the head of the first team that had designed and built an FTL probe based on German and Russian nobel prize work, the whole world knew his face.  He was a stocky man, in his late-fifties wearing a slightly rumpled business suit.  He was mostly bald with a fringe of grey hair that frizzed wildly.  He was known as a brilliant engineer with a flair for systems integration, and an inspired team-leader who could always get diverse personalities and backgrounds to cooperate on the job, even if they abraded each other at other times.
The third person was another man.  He was very thin, on the edge of emaciation, but his clear blue eyes, thick, wavy hair and unmarked skin showed his build to be unrelated to disease.
Jack put down his coffee and raised his eyebrows at his boss.
“Jack,” Bill said.  “This is Louise Billings–“
“Mr. Adler,” the woman said, rising and offering her hand.  “It’s a pleasure to meet you.”  Her smooth voice irritated Jack in a way he couldn’t define.  He returned her firm hand-shake and turned to the others.
“Henry Stinson,” Bill continued, “leader of the FTL Project.”
“Mr. Adler,” Stinson said.  Stinson’s hand-shake was just as firm as Billings’, but seemed friendlier.
I always want to feel an initial bond with the main character on the opening page of a novel, so I suggest giving us a chance to know John Adler – just a little bit – before putting him in an office with a bunch of other people. It can be brief and simple, such as what he’s thinking as he walks down the hall, where he’s coming from, or what he’s anticipating. Also, if the main character is going to be called Jack, let’s call him Jack from the opening line, rather than John.
Next, Paul introduces us to several people in the office with physical descriptions and background information. Then he introduces them again as Jack shakes hands with each one. Why not blend these things together?
As Jack shakes hands with the other people, Paul can give us a brief description and one line of background information about each one. Then, as the conversation continues, the rest of the background for each character can be sprinkled into the scene. This will serve the reader in three ways: a) we move more quickly to the purpose of this meeting b) it will break up the character résumés into bite size pieces for us to absorb and c) it will flesh out the dialogue to come with interesting tidbits about the people speaking.
Finally, if the background information about Louise and Henry is rephrased and filtered through Jack’s thoughts – that is, if we get his opinion of them instead of just facts (like we do when Louise’s voice irritates him), we will get to know Jack better, too. Readers, what do you think?
Paul, thank you for sharing your first page with us! You can find Marcy’s thoughts on this page at Mainewords, and you can connect with Paul via his blog or Twitter account.