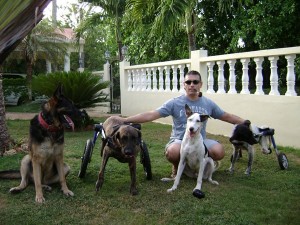 Holy cow, it’s already August! I’d ask where the summer went, but I already know: I spent a large chunk of it in school, since snow and ice in January/February stole quite a bit of our summer vacation days. Today’s First Impression post comes from Carl Hackman. It’s a YA Contemporary Fantasy titled JAGUAR.

Her eyes of fire burned through the darkness, fuelled by hatred so intense the very center of her soul was a furnace.

Valaria’s amber coat rippled in the moonlight as she glared through the mesh of her enclosure. A low, threatening growl rose from deep inside her chest. She paced up and down the perimeter, the frustration of her bondage clearly visible to anyone who might be watching. Aurelius, her mate, lay at the back, near the entrance. His pain wracked form shuddered; each breath sending spasms through his body. No amount of licking could stem the flow of his life’s blood ebbing from the wound inflicted by his keeper earlier that day.

‘Don’t let our cubs be born in captivity, Valaria,’ he whispered, consciousness slipping away from him. ‘My time is near but you need to escape to ensure our young are born free.’

Valaria patrolled her prison, her gaze alternating between the only thing she loved and the vast expanse of freedom just outside her reach.

Aurelius had told her to escape, but how?

He had said he wanted the new life growing within her to be born free. She could see no way to make his wish come true. All she could see was a lifetime of captivity ahead, for both her and her unborn offspring.

Her attention snapped back to Aurelius as her mate’s final, shuddering, breath left his body. Her roar of anguish echoed through the countryside, sending startled birds into flight and animals scurrying for cover.

This scene immediately roused my curiosity about Valaria and Aurelius and where they’re being held captive. I assume from the title that they’re jaguars, but it doesn’t seem as if they are in a zoo. What zookeeper would injure one of the animals and leave him to die slowly? They’re obviously being held by someone who is both dangerous and heartless. (After I wrote this critique, I went back to Carl’s email to check out his pitch for this story – something I don’t like to do before reading the page and writing my feedback. I really do want to share my FIRST impression without any outside knowledge of the story. But I know the circumstances of this imprisonment now, and it’s an intriguing premise. If my blog readers want to know, too – you guys can follow Carl at his website!)

The passage wavers back and forth between past tense and past perfect, so I’m not sure if Aurelius expressed his wish earlier, when he was first injured, or right now in the middle of this scene. I also think that if Valaria’s mate is dying, she would be at his side, not prowling the enclosure. She would do that after he died, as she pondered how to fulfill his last wish. So, I suggest Carl decide whether to open the story with Valaria pacing the perimeter of her enclosure and remembering her mate’s last moments – or with Aurelius dying with Valaria by his side.

The writing would be a little sharper with some careful word cutting. Her eyes burned through the darkness is better without of fire. We know the growl is threatening, so we don’t need the word. And if no one is watching her, why say her frustration is clearly visible to anyone who might be? Trimming out those unnecessary words and phrases will leave us with taut prose that complements Valaria’s tense state. Readers, any suggestions?

Thanks, Carl, for sharing your first page with us! Don’t forget to check out Marcy’s feedback at Mainewords, and Carl can be found at his website.