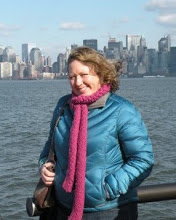 Our second (and final, there is no third this month) submission for First Impressions in December is a MG fantasy from Timanda Wertz. The working title is LEMON SMILES, but Timanda is thinking of changing it because she doesn’t think it fits the mood.

Hiding in Lord Jarib’s storage room may not have been my best idea ever. When I ducked inside, I was sure no one would see me squished in a dark corner between winter robes that smell of cedar and valerian. At least, I was sure before another slave trundled in to straighten up. He’s so close now I could poke him with my crutch. I hold my breath, but if he gets any closer he’ll hear my heart thrashing like a crocodile in a fishing net.

I try not to think about what will happen if I’m caught. Lord Jarib could beat me just for being in this part of the house. And if he knew the real reason I snuck in he’d do a lot more than that.

The door thumps closed, and I count to twenty to make sure he’s really gone before I suck in a deeper breath prickled with irritation. No one was supposed to be here now. Lord Jarib doesn’t have nearly as many slaves as his uncle, and I purposely waited for a day when I knew his wife would drag most of them with her to the bazaar. Right now, the kitchen workers are busy preparing dinner at the other end of the house, and everyone else should be at the river washing the bed linens.

I creep to the door and listen to the hum of silence for a few minutes before nudging the door open. The hall is empty now. I take two steps out of the room, but my crutch pounds too loudly on the stone floor. I cringe at the echo. I can’t take any more chances, so I tuck it under my armpit and limp for the last room—Lord Jarib’s study. By the time I get there, my left leg is aching, but no one has come to investigate.

The room is small with a single square window, a table and chair, and some leather scroll cases leaning against the stone block wall in one corner. I limp to the table and light an oil lamp so I can see what I’m doing. Sheets of papyrus curl at the edges, held down by map weights in three corners and a glass inkwell at the top. An expensive blown glass stylus pokes up from glittering black ink. Lord Jarib doesn’t hide his penchant for extravagance very well, which is what I’m counting on.

I think this passage is fairly smooth and engaging! It has the right combination of sensory images, internal character thoughts, and setting details to engage my interest. I don’t know if the MC is a boy or a girl, but I’m okay with that right now. I’m too busy wondering what this character wants in Lord Jarib’s study and what will happen if he/she is caught.

I did feel like there was some verb tense confusion in the first paragraph. The passage settles comfortably into present tense after that, but reading several past tense verbs in the first paragraph along with present tense made me think the writer was mixing up tenses until I read further and realized the MC is in the storage room now, but thinking back to the decision to hide there. Maybe, as a writer being asked to give feedback, I’m over-sensitive to this and no agent/editor would care, but I do wonder if it’s possible to keep mostly to the present tense in the opening lines until the narration is firmly established.

The only other thing I can comment on is this line: I count to twenty to make sure he’s really gone … Since the last person mentioned was Lord Jarib, the author should probably make clear that the he in this sentence is the slave, not Lord Jarib.

Other than that, I really liked the page!  It was fun and full of voice.  I would definitely want to keep reading. LEMON SMILES doesn’t quite match what’s on this page, nor fit the mood, so I give a big thumbs up on finding an alternate title. Readers, what do you think?

Timanda, thanks for sharing your page with us! Marcy will have her feedback at Mainewords, and readers can find Timanda at her blog, Mirrors and Magic Frogs, or on Twitter.