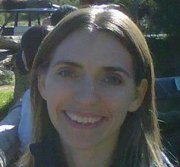 Our second First Impressions post for May comes from Robin Hall, and it’s a YA magical realism story with a working title of LOVESENSE.
Some people can smell an artesian cheese and know to the minute how old it is, how it was made, and when it will spoil. I’m not one of those people. But give me a photo of a couple, and I can tell you those very same things. I’ll know how they’ve aged—if they’re a month-old cheddar, or a block of aged parmesan—and when the relationship will go sour. I’d much rather look at those pictures and see what the rest of the world sees: two people in love. But I’m not that lucky.
That’s why I often regret my part-time job as the ice cream/photo counter girl at Alfred’s Drug Store. But in a town as small as Sparrow, a seventeen-year-old doesn’t have a lot of options. Worse than the uniforms, with their straight-legged pants (awful for my curvy legs) and the Peter Pan-collared shirts with their attached red vests, are the photos I print on my Saturday morning shifts.
Right now I’m tapping my trainers against the photo processor and trying to make three-hundred prints of Mary Brighton and her fiancé without seeing their smiling faces. It’s hard to find a good place to look. Watching the empty store is depressing now that a Rite Aid opened in Hickory, so I’m taking advantage of our windows and checking out the Little League game across the street. Not that I can see much for all the trees, but then, that’s one thing I love about living in the foothills of the Appalachians. Green is everywhere.
This sounds like an interesting premise – a girl who can sense the nature/quality of love in other people’s relationships.  I can see how that would be an awkward thing to know about people, especially when you can’t tell them you know, and I also imagine it might sour you on love itself. When you look at people “in love” and know exactly how long it’s going to last (or not), what kind of expectations would you have for your own romance?
Now, I’m not the kind of person who thinks you should jam everything about your premise on the first page, or even in the first chapter.  I like to see things unfold a little at a time.  That said, however, I do wish this first page focused more on the engagement photo she’s trying not to look at and less on her uniform or what she sees out the window.  It doesn’t have to reveal what she knows about Mary Brighton and her fiancé this early, but I’d like the scene as a whole to focus on those photos shooting out of the machine. I know she’s trying to avoid looking at them, but they should loom large and tempting in the passage.
There are also a couple phrases I would suggest tweaking.  The word aged appears twice in the fourth sentence; I would swap one with a synonym. Also, the phrase my part-time job as the ice cream/photo counter girl at Alfred’s Drug Store tripped me up. I had to stop and read it a couple times.  Ice cream/photo counter is a strange combination, but even if you have a reason for pairing those two services, the sentence might be re-worked a little bit for a smoother feel.
Thanks for sharing your page, Robin!  I hope this was helpful. You can read Marcy Hatch’s critique of the same page at Mainewords, and please say hello to Robin at her blog.