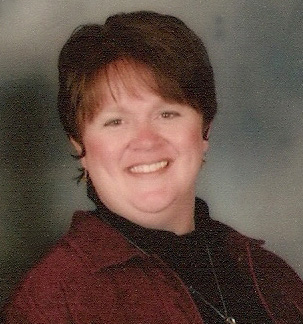 The third First Impressions post for February is a YA adventure with magical elements titled MANIFESTED, by Margo Kelly:
Luke Michaelson sat alone at the small desk in his bedroom and methodically spun a closed pocket knife with his index finger. A family camping trip in the Sawtooth Mountains of Idaho sounded like a stupid idea to him, but Mom and Dad insisted this next week would be a great adventure. Dad expected him to help pack today, but Luke needed a few minutes alone.
With his thumb and index finger, he tugged at the stubborn blade of the pocket knife. Unable to open it, Luke reached across his desk and dragged the lamp closer. He gripped the casing of the knife tightly with his left hand and yanked with his right. When the blade flipped out suddenly, it surprised Luke, and he let go. As it slipped from his hand, the blade slashed the skin between his thumb and index finger.
Luke groaned, shook his hand, and then tried sucking the cut to alleviate the pain. Nausea swelled in his gut, but he refused to panic. When he withdrew his hand to examine the damage, no slice remained. He leaned forward and held his hand under the bright lamp. Light glinted off the opals he wore around his wrist, making him squint momentarily. But no cut remained. Nothing. He studied the alarm clock next to his bed: 10 a.m. Dad shouldn’t miss him for awhile yet. So, he hopped up, locked his door, turned up the volume on his music, and sat back down at his desk. He picked up his pocket knife; blood glistened on the edge of the blade. Luke examined his hand where the cut should have been. Nothing.
My first thought after reading the excerpt was: I don’t think a camping trip is where this story begins.
This story begins with a cut that heals by itself in seconds.  So, I wonder if Margo should start there – with the pain or the blood or an outcry from Luke when he accidentally slices himself with a pocket knife.  Why he was playing with it, what he was doing (or avoiding) in his room at the time – I think that could wait for page two.
If he experienced nausea or panic, then it must have felt like a deep cut, or there was initially a lot of blood.  Is he worried about fainting or needing stitches? And then, when he can bring himself to look at it – there’s no cut at all. Let’s feel his confusion and his disbelief at that point (unless this has happened to him before!).
The opals around his wrist are important, I’m guessing. (Granted, that’s a cheat, because when I asked Margo for a picture, she sent me an image of boulder matrix fire opals!) I am wondering how she can more cleverly get them into this scene, because as it was, I almost missed them.  Plus, boys don’t wear bracelets normally, unless they’re made of leather or cord. So, perhaps she should describe them as “the fire opals entwined in his corded bracelet” – or whatever it looks like.
After Luke realizes his cut is gone and he shuts his bedroom door to examine the knife, that’s when we can hear about why he was fussing with the knife to begin with and the camping trip he doesn’t want to go on.
What do the rest of you think?
Thanks, Margo, for sharing your intriguing WIP with us (not to mention making me covet some gorgeous fire opals). Be sure to check out Marcy Hatch’s critique of the same page on Mainewords.  Don’t forget, next month you’ll get to turn the tables on Marcy and me when we share the first pages of our own WIPs! Plus PK Hrezo is coming back with a revised version of her page, based on your feedback. Isn’t that cool?