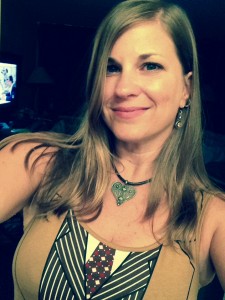 Marcy and I have a very different sort of submission to kick off First Impressions in November. Pk Hrezo, who has shared first pages with us many times before, is co-authoring a memoir with Vanna Nguyen. It is titled MENDED BY LOVE: A MOTHER’S MEMOIR OF FAITH AND FORGIVENESS and it tells the story of Vanna’s daughter Queena, who was attacked and brutalized when she was 18 years old while returning books to a library book drop late at night.

They say life can change in a blink. It may sound like an exaggeration, but looking back to a few years ago, change came so abruptly, that it truly was a mere blink in the timeline of life’s steady, wide-eyed gaze. In the span of only minutes, my family’s life sunk from wonderfully average and content, into an abyss of cruel uncertainty. Of endless nights watching my once healthy, vibrant daughter struggle for the future she’d so desperately worked for.

A future that had been set off course within a blink.

On a Thursday afternoon on April 24, 2008, I was smiling. At the time, I never had any reason to suspect it would be the last day I’d smile for weeks. I was on my way to pick up the key to the beach condo where my youngest daughter Queena and her best friends would stay the weekend. Queena had turned eighteen two days earlier, and had been waiting for this beach birthday bash for weeks. Friday would come as a gifted day off for honor students, making it a nice long weekend, while graduation lurked in the near distance at only a month away. Queena would be off to college soon. Such little time I’d have left with her. I wanted to give her the play time she deserved. She’d worked so hard, and earned every moment of fun that surely awaited her this weekend.

On the walkway to the condo’s front office, I paused, letting the salty ocean air caress my cheeks. It was the kind of perfect Florida spring weather that made you ask how you could ever live anywhere else. Breezy and warm. I almost envied the girls their weekend getaway, but not in a spiteful manner—in a way that held so many fond memories of that vigorous time in a young person’s life. So many possibilities. So much potential. Eighteen was a time to be happy and healthy and full of hope.

First of all, I have to say how hard it is to critique this piece unemotionally, knowing what story it tells. And secondly, I don’t know how words can adequately express the cruelty and unfairness of such a violent act derailing the life of an innocent girl – and the lives of her family – forever. I greatly admire Vanna and Pk for taking on this memoir, and in giving feedback, I find myself falling back on technical details – because I cannot tell them what to say, maybe only suggest ways to say it.

The word blink appears three times at the beginning, and while “the blink of an eye” is a common expression, I would avoid using it too many times. Also, the past tense of sink is sank, and I wouldn’t put that word in front of the good part of their life. One possible rephrasing is: In the span of only minutes, my family’s wonderfully average and content life sank into an abyss of cruel uncertainty. (Although plunged would make a strong replacement for sank.)

The second paragraph focuses a little too much on dates and chronology. If you scan through it, you see the words weeks, weekend, month, and day appearing over and over. I suggest stripping almost all of that paragraph out – except for the part about the smile – and going straight to the images and feelings evident in paragraph #3. The details about the beach birthday bash, the upcoming graduation and college plans can be slipped in as Queena’s mother picks up the condo keys, admires the beautiful day, and envies (in a nostalgic way) her daughter’s youth and potential.

Finally, I would be sparing with the use of sentence fragments. There’s one at the end of the first paragraph, one standing alone, and three in the final paragraph. Pick which ones carry the right emphasis and deserve to be there – because of importance or voice – and turn the others into complete sentences or absorb the words into an already existing sentence.

Readers, do you have any other suggestions? You can find Marcy’s feedback at Mainewords.

I wish Vanna and Pk the best in this writing venture and send my love and hope to Queena. She is 24 now and confined to a wheelchair, unable to speak or feed herself. But she makes strides every year in overcoming the brain injury she suffered, and you can read more about her recovery at JoinQueena.com.  You can connect with Pk at her website.