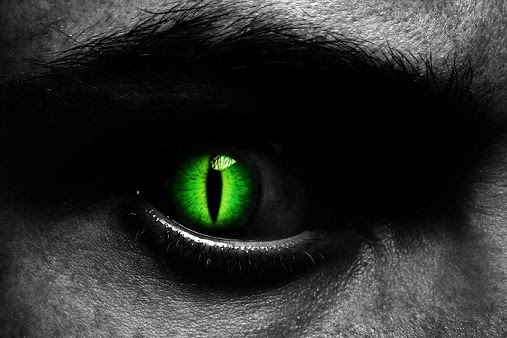 Our second submission for First Impressions is a NA Fantasy by Colleen S. Myers. She hasn’t

given us the title for it. This is the first page:

I snarled and swung my blade at Xade as he danced out of the way. He moved back across the translucent bridge of the spaceship towards the helm sliding sideways. I tracked him, waiting for my shot.
My breath came out in pants, chest heaving.  I rubbed my face on my sleeve as I flicked my hair back.
Xade glared at me as he curled his lip. “You think you can kill me, Coree?”
I sprang at him as he stumbled back and batted me away.
“I’ll kill you. I’ll kill you all!” I declared.
Xade sighed wearily and motioned to the men around us who stood silent witness to our fight. “Fine, I am done with this game.”
All three of them closed in on me but I remained focused on Xade, my tormentor. Though they all had the same pale hair, pale white eyes; I always knew him. It was his eyes, the look in them that said he liked to hurt women.  The Imani consider themselves superior but they get off on the same things as every other psycho in the universe.
He pulled a syringe from his pocket.
No.
I backpedaled into one of the men. He grabbed my hand and twisted, disarming me. Another held my arms back over my head as I writhed and screamed and yet another grabbed my legs. Xade strode forward and inserted the needle into my jugular, depressing the plunger.
My vision blurred. “No not this again. Please.”
“No not this again.” he agreed. “This is our last and final gift to you, the gift of innocence. You won’t remember the time you have spent with us. You can die happy and unaware, ignorant of your potential.” I jerked in their hands at the mention of death.
Xade noted the movement with a smug smile as he leaned close to me and whispered. “See, we believe you, we believe that there is nothing that will stop you from remembering and seeking vengeance. No matter what drugs we give you, no matter the gifts we lavish on you, you won’t stop your crusade and we are tired of your ingratitude.”
“Gifts,” I spit out as my body dropped out of their arms and fell to the deck with a thud. “Torture, experiments, pain. None of those are gifts.” I tried to roll away as my vision completely deserted me and my head grew foggy.
The last thing I heard was their laughter as Xade pushed me off the ship onto the mountainside and whispered “fly free.”
One of the tricky things about writing fantasy and science fiction is figuring out how much world-building you can do in the first page – and in the first chapter as a whole. This page introduces a lot of things in less than 500 words: blades and spaceships, a villain named Xade and a race called the Imani, a syringe, talk of torture, experiments, gifts, and potential. I would suggest that’s too many elements for a first page. Can some of it be shifted to a different spot?
For instance, I’d suggest cutting the sweeping generalization about the Imani. Let us see that for ourselves – or have Coree make the observation to another character later in the story. (It’s too good a line to lose. But it can be moved.)
The second thing I’d trim is the “As you know, Bob …” conversation. Xade and Coree discuss things they both already know, so the exchange between them doesn’t feel real. Plus Xade tells her the injection is the gift of innocence, that she won’t remember her time with them. (Is this an alien abduction scenario?) But then he tells her that nothing will stop her remembering, so if this is the case, why is he bothering? How Colleen resolves this depends on what happens later in the book, but I suggest the dialogue be revised so that Xade doesn’t express his doubts about the injection.
Finally, as a reader, I don’t like being dropped into the middle of an action scene unless I’m immediately grabbed by the voice and/or personality of the main character. But this page is all action – except for the punchy line about Imani being like all psychos in the universe – which I’ve said maybe doesn’t belong here. (Although I’m rethinking that now, since we do get her voice there.)
I’d love to see this story open just a few minutes prior to the sword fight, maybe with Coree running through the ship trying to escape? Pondering her options? Determined not to go back to the experiment room? Something that connects us to her and her situation. Readers, what do you think?
Colleen, thanks for sharing your page with us, and good luck as you polish this to a shine! Marcy has her own critique up on Mainewords, and you can catch up with Colleen on Twitter.