First Impressions: NINJA SQUIRRELS OF THE ONE HUNDRED ACRE WOOD 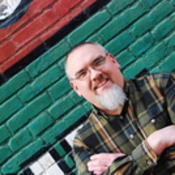 Our second First Impressions post comes from Mike Hays. It is titled NINJA SQUIRRELS OF THE ONE HUNDRED ACRE WOOD, and it’s a MG re-imagining of the world of Pooh.

“The reputation of a thousand years may be determined by the conduct of one hour.”

It was one of those beautiful days when all seems good in the world. The sun filtered through the trees and, in the open meadow, the rays danced along the waves of grass. Two black squirrels ran down a gravel bank toward a lazy creek, one chasing after the other. The leader’s tail swished and bounced in the bright sunshine as it bounded to the edge of the creek and jumped to a gray stone several feet off the bank. The squirrel hopped from stone to stone over the water until it reached the other side.

The second squirrel followed across the smooth stones of the creek bed and onto the opposite shore, where both squirrels raced toward a thick wood. They spiraled up a tree trunk and jumped to a branch of the adjoining tree, racing in the branches across the canopy. The second squirrel matched each twist, turn, and leap with near perfect precision. From tree to tree, they moved with grace and ease until they reached the last tree at the edge of the wood.

The first squirrel dove down the trunk and bounded into an open field of tall grass. It stopped just past the edge of the tree’s shadow line and hid in the thick, deep grass. As the bushy black tail disappeared into the grass, its black head popped up and scanned the open ground. The squirrel looked across the meadow at a grove of pine trees with a single oak tree in the middle. The second squirrel move alongside.

“By the way, I’m Konran, Kon to my friends,” the lead squirrel said, swinging its tail around and tapping the other squirrel on the shoulder.

Kon looked Kuji up and down. “Master Jonin says you’re the one,” he said with a wary look.

Kuji shrugged. “I don’t know nothing about any of that. This is where I was told to go at the Academy. ‘Meet a black squirrel at the creek crossing around midday’ was all they told me.” He looked toward the pine grove. “Is that it?” he asked.

Kon nodded his head. “Yep, that’s it, headquarters. Kuji, welcome to the One Hundred Acre Wood.”

“Better close that mouth of yours before a bug flies in there.” Kon jumped into the grass and bounced in the direction of the pine trees. “Race you there!”

“Hey! Wait!” Kuji yelled, chasing across the deep grass. “I have no idea where I’m going.”

I love the description of the squirrels chasing. It’s very visual and, at first, resembles the squirrel-play we’ve all seen. However, I get a sense there’s something more to it when the second squirrel matches each turn and twist of the first one precisely. I’d like to see that aspect played up more. I wonder if — without getting into the thoughts of Kon and Kuji just yet — Mike can suggest a hint of pride in the second squirrel’s perfect imitation. Throwing in a technical gymnastic term for one of those comples moves – just once, maybe twice – would also suggest that these are not two normal squirrels.

With that said, I have to admit that the first two sentences don’t grab me. The second is better than the first, but I’d rather see something more attention-getting. I wish I had a suggestion for a replacement, but I don’t. Do we want a twist in that sentence suggesting everything seems good in the world, but appearances can be deceiving? Or some other introduction to the chasing squirrels? A lot depends on what is going to happen next (although I’m guessing it might have something to do with bees and a bear …)

As for the dialogue between Kon and Kuji, I’d drop the By the way in Kon’s first line. By the way sounds as if they’ve already been speaking, when further down we learn they haven’t been.

I really like the line “Master Jonin says you’re the one.” It conveys a lot, sets up our expectations, and explains why Kuji was able to keep up with Kon’s aerial tricks. He’s some kind of protégé, a fulfillment of a prophecy, maybe.

I wonder, however, about Kuji’s incorrect grammar here: “I don’t know nothing about any of that.” It doesn’t match the rest of his speech. And I also wonder about the “Whoa!” in response to the sight of the One Hundred Acre Wood, when right before that he says, “Is that it?” as if he is unimpressed. Maybe it should be rewritten as: “Whoa! Is that it?”

Finally, when Kon hollers “Race you there!” I expect Kuji to respond more enthusiastically. A Ninja squirrel who just followed his unknown contact through that twisting, turning chase will have no problem keeping up with and possibly beating Kon to their headquarters. Readers, what do you think?

Thanks, Mike, for sharing your first page! (And isn’t Ninja squirrels protecting Pooh’s woods an awesome premise?!) You can find Mike at his website – and often at #MGLitchat on Twitter, Thursdays at 9pm EST. And don’t forget to check out Marcy’s feedback to this same page on Mainewords.