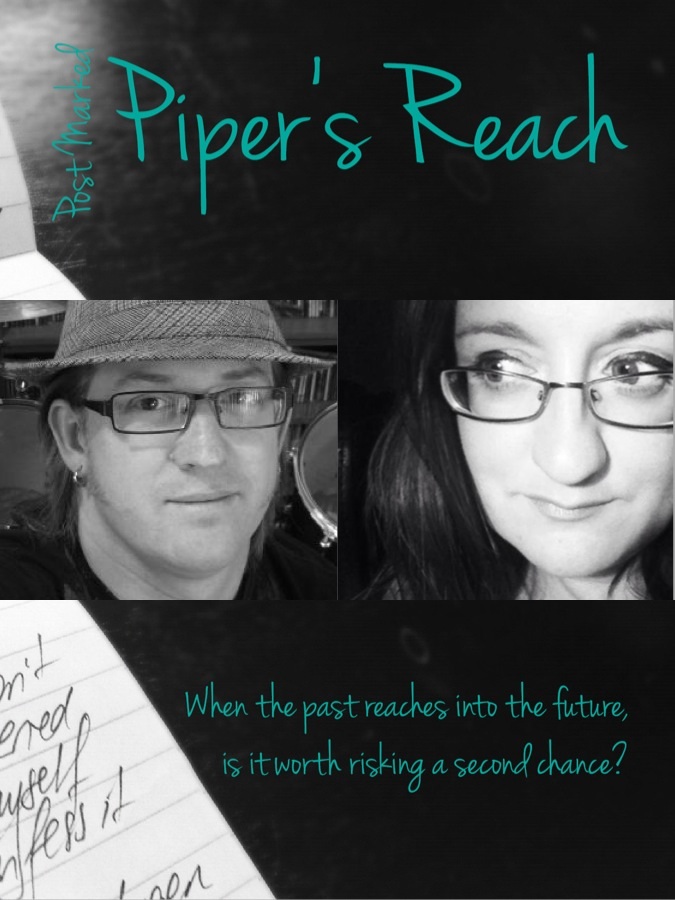 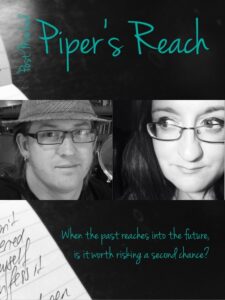 We have a rather unusual submission for First Impressions this month.  POST MARKED: PIPERS REACH is a contemporary epistolary novel by Adam Byatt and Jodi Cleghorn. Adam wrote the character of Jude, and Jodi wrote the character of Ella-Louise. The original letters were hand written and sent in real time through the post under a ‘no spoilers policy’ of organic narrative development. From April 2012 – June 2013 the letters were published as a web serial. This novel is a reworking of those letters.

Please excuse the crappy yellow legal pad. Had I waited to find fancy stationery, I might never have sat down to write. Your parents are still listed at Blecker Street, so I’m sending the letter there and hopefully they’ll pass it on to you.

Why don’t I just ring your Dad, see if you’re alive and well, and get your phone number or an email address? I can’t. I need to write and do it old school with pen and paper. Think about each word before I put it down (and swear because my hand is already aching from writing more than I have in a decade). To send an email would be like warping the fabric of space and time. But then again, writing a letter to you after so long, feels a little like that anyway.

When we sat at The Point watching the sun come up on 1992 I believed in an eternity of New Year’s Eves with you, my best friend, by my side. I had no idea that it would be our last.

Just so you know, it hasn’t taken me twenty years to forgive you for not showing up at my farewell party. Or at the bus the next day. You did me a favour. Had you come to say good-bye, I don’t think I would have had the courage to go and leave you behind.

I quit my job at the end of last year. Decided it was time for a sea change, to reassess what’s important in life. Important to me. I’ve bought an old weatherboard cottage just up the coast from Coffs Harbour. It’s not Piper’s Reach (I couldn’t go back there) but I’m near the ocean again. I can lie awake at night and hear the crash of the waves, smell the salt and seaweed.

Finding the shoebox with your letters and other teenage stuff (I still have the chewie wrapper you gave me the first day we met) it felt like no time had passed. But at the same time, like I’ve lived several lives since then. Guess I have in a way.

Reading your old letters there were events I remembered and others I’d forgotten – like the first thing I ever said to you was I didn’t kiss boys so you thought I was a lesbian until I pashed Bart Lehmann at the Year 10 social.

First of all, I have to say that I’ve never heard of a novel being written this way before, especially in today’s world of instant communication. It’s quite original – and because I’m a pantster who also lets stories develop organically, I’m intrigued! The voice of the first letter writer (Ella-Louise) comes through strongly in this opening, and the premise is clear: She is trying to re-connect with a close friend (possibly a lover) whom she hasn’t spoken to in twenty years via the medium they used in the past. Letters.
There’s not a lot of things I can critique in this passage, because it’s pretty smooth. There’s just the right amount of past and present mixed together, and enough places mentioned to provide a clear image of setting without being confusing.
I did have to look up the phrase “sea change,” and then I felt dumb because it’s from Shakespeare. I also had to look up “pashed” to learn it mean “passionately kissed.” I guessed it was something like that from the context, but I’d never heard of the word. Jodi and Adam are from Australia, so maybe the word is more common there? Or maybe I’m just out of touch.  Can anyone else chime in on that?
I also stumbled over Finding the shoebox with your letters and other teenage stuff – because I wondered what “teenage stuff” meant. Maybe it could be re-phrased as Finding the shoebox with your letters and other remnants of our teenage years, or something like that.
Other than those small points, I found the selection engaging and well-written. Readers, what do you think?
Jodi and Adam, thank you for sharing your first page with us! Everyone should be sure to check out Marcy’s critique of the same page, as well as visit Adam and Jodi at their website.