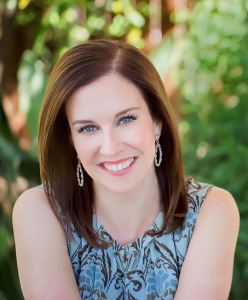 Our second post for First Impressions comes from Deborah Graff and is a middle grade fantasy, RIDDLE OF THE TEN KINGDOMS.

A wooden sword’s better than no sword at all. That’s what Renn told herself as she circled Leo on the path bordering Father’s grapevines.

Villagers arriving to pick grapes muttered complaints as they dodged around her, though most had their eyes on the road where it twisted south into yellow-brown hills.  Soldiers were coming today to recruit for the king’s army. Everyone wondered when they would arrive, and which boy would win the test.

Renn got a better grip on her sword and shuffled side to side. Stay in constant motion, Father would say. She wished he were watching, but his eyes didn’t leave the road. Maybe if she got a hit, he’d notice. She could already beat every boy in the village except Leo. Maybe today was the day to change that.

She aimed for Leo’s heart and lunged. He parried with his own wooden practice sword, forcing hers to the side.

Leo smiled and raked his fingers through his springy black hair. “Too bad you don’t have a battle charm.”

“I don’t need elf magic.” Renn tried to think what a soldier would say and boomed, “I’ll win a place in the king’s army with my strength and my sword.”

“Your twig, you mean.” Leo came at her. Renn tried to block, but he was faster and jabbed her shoulder.

“That almost hurt,” she said, rubbing the spot.

“You’re not the strongest or fastest, Renn, but you’re bricky enough to beat anyone.” He grinned. “Except me.”

She couldn’t help but smile back. “Maybe we’ll both win the test.”

He drew in the dirt with the tip of his sword. “You know there aren’t any girls in the king’s army.”

She slashed her wooden sword in the air. “My father’s taught me as well as you and the other boys, even if he won’t let me use steel. He always says, ‘Train everyone for battle, try every day for peace.’ I just have to show how well I’ve been trained.” She pointed her sword at his chest. “Go again?”

Instead of answering, Leo shaded his eyes from the rising sun and pointed south. Past the borders of Rowntree Village, where their own little path met the wide Victory Road, a cloud of dust rose between hills.

There’s a lot of solid writing here – a strong voice, good characters, a MC who has already made her goal clear on the opening page in a natural and believable way.

The first line should be in italics, because it’s Renn’s thoughts. So then, a little farther down, when she remembers her father’s advice, I’m not sure if that should be in italics too – seeing as it’s a memory of what he said – or in regular font with quotation marks. (Any readers want to chime in on that?) I’m also not sure if “bricky” is a typo for “tricky” or if there is an actual meaning to that word.

The only thing I really wanted from this passage that I didn’t get was a better sense of the significance of the day. At first, when it said that everyone’s eyes were on the road, waiting for the soldiers to come recruiting, I thought this was an occasion to be dreaded. Most people don’t like it when soldiers come and take their boys away. But it was clear later on that Leo and Renn are looking forward to this event and that Renn’s father had trained the boys for it. (And Renn.)

Also, if this is a big day – with a test – and if being chosen by the soldiers is an honor, I wouldn’t expect the villagers to be picking grapes while they waited. (And why are they picking their own grapes instead of buying them in the market square?)

This may seem kind of picky, because the focus of the scene is on Renn and Leo – and they are good. Love that line from Renn’s father: Train everyone for battle, try every day for peace. But first impressions are important; therefore taking the time to lay the scene for this day will provide the right sense of setting and anticipation. Reflect on how the villagers feel about this event, what they would be doing while they wait for the soldiers arrive, and how their activities would reveal their feelings and set our expectations. Revise accordingly!

Readers, what do you think? Thank you, Deborah, for sharing your page with us. Please check out Marcy’s feedback at Mainewords, and follow Deborah on Twitter.