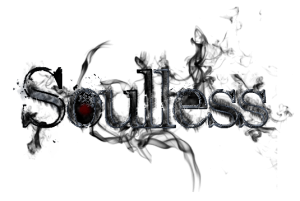 Our second submission for First Impressions comes from Crystal Collier, author of Moonless. This is the first page of SOULLESS, MAIDEN OF TIME #2, a YA historical paranormal.

Well, she wasn’t dead. Yet.

Caught somewhere between annoyed and relieved, she settled on grateful—that she’d recovered enough to dream again, even if her nightmares always came true. She could still feel phantom fingers pressed at the back of her skull, crushing her face into the pillow until she ceased to breathe.

Lace curtains scattered shadow creatures across the wood floor, twisting in a late summer breeze from the unlatched balcony door. Specters clawed at the pastel walls, up a bureau, and over a wardrobe of fashionable clothes for seventeen-seventy. Costumes. Façades. Pretensions.

She sat up in the bed she’d used all eighteen years of her life, the down mattress soft but no longer able to resurrect the comforts it used to inspire. Like her nanny soothing away her fears. Or Father reading to her.

Father, who slumbered at the other end of the too-empty estate.

Father, whom she had never expected to see again.

Father who had begged her to abandon her true heritage.

In this very bed, she’d witnessed death after death through her night terrors. Alexia had hoped the dreams would cease for good now that she’d discovered the true extent of her gift, the ability to slow or freeze time. But wishing was futile. She’d nearly killed herself by overextending the night their enemies attacked, like using a muscle until it was destroyed, but she must be making progress in her recovery if the dreams had resumed.

And now she was going to die.

I love the description of the scattered shadows created by the lace curtains as creatures and specters. The vilification of those dancing shadows in an otherwise pleasantly described room creates a wonderful contrast of light and dark. I would prefer to see the date in numerals, but you’ll have to stick to whatever format you used in Book 1. (And I’m probably wrong on that anyway. Copyeditors always want to change all the numbers in my books to words: dates, times, addresses, etc. I don’t always win on keeping them numerals.)

I think there are a decent number of reminders of what came before mixed in with what’s happening to Alexia now. I get that she is recovering from the events in the climax of the last book and that dreams of death are returning to her. It’s an unpleasant gift she’s always had, which temporarily went away while she was weak, but which has returned with her strength. Thus her mixed reaction to it. I notice fear doesn’t seem to be one of the emotions, which is interesting. Dreams of death don’t scare her anymore?

But I’m confused by the final line on the page. Did she dream of her own death this time? In which case, fear and dread ought to be the dominant emotions in this scene. Not gratitude, annoyance, or relief.

Obviously, I don’t know where you’re going with this, but my first impression is that she dreamed of her own death – and her dreams always come true – but she’s not very upset, which leaves me confused about the conflict/tension. Readers, what do you think?

Crystal, thanks for sharing your first page with us! Please check out Marcy’s critique on this same page at Mainewords. You can find Crystal at her blog, and her book Moonless here!

We did not have a third submission for June, so I’ll see you next week on Monday!