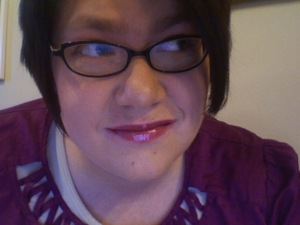 We have only one submission for First Impressions in February, and it arrived a little too late to be my first post of the month. But Marcy and I are happy to share with you today the first page of Liz Isaacson’s adult romance: SUMMER’S ALMOST OVER.

Sophie pasted on a fake smile as she leaned out the window of her taco stand—The Sandy Tortilla—and handed an order of carne asada quesadillas to a woman who was obviously one half of a newlywed couple.

She’d been working the stand for enough summers to recognize the glow of the newly hitched, even without the enormous diamonds. The way they looked at each other with moons in their eyes; how the men couldn’t stand more than two inches away from their wives; the women in their honeymoon swimming suits.

Yes, Sophie had seen enough newlyweds to overdose on sweetness without even getting a taste of sugar. Her stomach lurched as she returned to the orders hanging above her grill. She focused on tossing the chicken onto the flattop, slathering the cilantro spread on the tortilla, and crisping up the chips.

With her utmost concentration on her cooking, she didn’t have room to obsess over Mark.

“Chicken verde,” she called out the window, and a teenage girl stepped forward. At least she wasn’t in her mid-twenties with a huge rock on her finger.

Sophie glanced down at her left hand, where, until recently, she had worn a gold band with a single diamond on it. With a little imagination, she could see a tan line where the ring had sat for nine months.

Mark didn’t want to set a date, something that frustrated Sophie. She liked deadlines, and making lists, and meeting goals. Without a date for the wedding, she couldn’t plan the event.

Which is just fine now, she told herself as she dropped an order of taquitos into the fryer.

“We’ll need more chips,” Jenna said over her shoulder as she put up yet another order.

Jenna had one year of high school left, and Sophie knew she needed money for college. Sophie was more than happy to help her—she was tan and blonde, which attracted customers. Even better, Jenna was never late.

There are some great elements to this page that will connect us to the character, the setting, and the opening conflict. I do see some areas where these elements can be sharpened and clarified.

First of all, I’d like the location named at some point. It’s clearly a place frequented by honeymooners, but not just honeymooners, since the second customer is a teenager.

Secondly, I’m thinking the page should start with Sophie identifying the woman waiting for her carne asada quesadillas as a newlywed before handing over the order with a fake smile. That way, we can guess the reason Sophie’s smile is fake, rather than assume in the first sentence that she’s a grumpy person who fake-smiles to everyone.

Next, let’s talk about the tan line on her finger and the missing ring. She wore an engagement ring for nine months and has only recently taken it off. So, are she and Mark engaged or not? Mark didn’t want to set a date, something that frustrated Sophie. She liked deadlines, and making lists, and meeting goals. Without a date for the wedding, she couldn’t plan the event. This sounds like she is still engaged, but losing patience/hope because after nine months, Mark won’t commit. Then she thinks, Which is just fine for now. So why did she remove the ring?

Obviously, you can’t convey all the details of the situation on the first page – nor should you – but you don’t want to leave the reader confused. You say that her concentration on her cooking prevents her from obsessing over Mark, but clearly it doesn’t. She can barely stand to look at all the newlyweds in this place. They make her stomach turn over.

My suggestion – Keep the paragraph about the missing ring, but lose the ones that identify the problem with Mark as a refusal to commit to a date, her being fine with it (she’s not), and planning a wedding. Save that information for later, when you can better explain it, or when we meet Mark, etc. On this page, it’s enough to know that seeing happy newlyweds is painful for her and that she recently stopped wearing an engagement ring. That will make us turn the page to learn more. Readers, what are your thoughts?

Liz, thanks for sharing your page with us! Be sure to check out Marcy’s feedback at Mainewords, and you can connect with Liz at her blog.