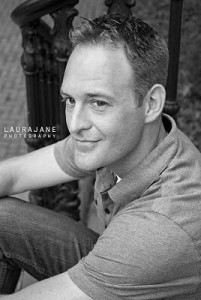 Happy New Year, everyone! I’m starting out 2016 with a First Impressions post from Christian Bensing. This is the first page of his MG fantasy novel, SWEPT.

Bobby Conrad used every last ounce of his brain power in an attempt to somehow stop the marathoning minute hand of Mrs. Winkey’s clock from reaching its destination, but its will was unstoppable, silently cheered on by the eager eyes of his classmates.  Three o’clock, the end of the school day, had come despite Bobby’s best efforts to forestall the dreaded moment when he would have to leave the safety of the classroom and enter the unsupervised, terrifying world seventh graders of his minimal stature and reputation had to face on a daily basis.  If only Mrs. Winkey’s algebra test, which looked to Bobby as if it were written in Egyptian hieroglyphics, had not racked his brain to the point of delirium, maybe he could have stopped that clock through sheer concentration and enjoyed the serenity of 2:59 for a few more precious seconds.  Instead, the minute hand ticked forward with one more click.  The bell rang, and his classmates scattered.  Bobby faced the fact that he had to go home, his own virtual prison.  The only thing worse was getting there.

Bobby slowly shuffled through the classroom door to the bustling hallway.  He took one last look at Mrs. Winkey, who seemed to take great pleasure in dishing out deliberately dramatic red slashes  across the test she held in her hands.  Her eyes went from the test to Bobby, then back to the test and back to Bobby again.  It was as if she had to restrain the corners of her crooked mouth from forming a smirk.  Winkey’s eyes continued this dance as her head swayed sideways, back and forth in disapproval.  Bobby knew deep in his heart she was grading his test.  He impulsively looked at his feet as metal locker doors crashed closed behind him.

“Crap,” was all he could say in a hushed tone as he found a break in the hallway traffic and exited the room with the cartoon-like vision of a sneering Mrs. Winkey engrained in his brain.

Bobby navigated his way to his locker and waited for the hallway to clear before he dared open it.  He slowly gathered his books and stuffed them into his backpack.  The backpack had seen better days and already had more stitches in it than Frankenstein’s monster after a car accident.  A new tear had developed which required repair, and Bobby could clearly see his recently acquired library book, Strange Tales of the Weird, peeking out one of its sharp, new corners.  The sight of the book made him forget all about the bloodied math test and Mrs. Winkey’s mocking features.  He had gone to great lengths to secure this book, having stalked its very first borrower, Randy Reinhold, the entire first week Randy had it, waiting for its return to the general circulation. When that rat Randy had renewed the book for yet another week, Bobby almost lost his mind.

I really like this opening! Several years ago, I took an online workshop with an agent who said that what he looks for in the opening pages of a manuscript is a sense of character and conflict. I think this page really gives us the flavor of Bobby’s character right off the bat. He’s got a quirky personality, and there are hints of bullies in his life and a less than optimal home environment. The book Strange Tales of the Weird foreshadows fantasy elements to come, and there are tons of wonderful visuals: the minute hand ticked forward with one more click, more stitches in it than Frankenstein’s monster after a car accident, the bloodied math test.

The only thing I think this page needs is a slashing of unnecessary words. Many of the sentences are longer than they need to be and would read more smoothly with less words. For example, take this sentence of 43 words: Bobby Conrad used every last ounce of his brain power in an attempt to somehow stop the marathoning minute hand of Mrs. Winkey’s clock from reaching its destination, but its will was unstoppable, silently cheered on by the eager eyes of his classmates.

It can be trimmed down to 34 words while retaining its meaning with this re-write: Bobby Conrad used every last ounce of his brain power attempting to stop the marathoning minute hand of Mrs. Winkey’s clock, but it marched inevitably toward its destination, silently cheered on by his classmates.

What I tend to do in my own manuscripts is overwrite in the first draft and trim the fat in revisions, so I am very familiar with this process! I suggest that Christian look for unnecessary adjectives, adverbs, and prepositional phrases. Reduce the number of Mrs. Winkey’s head movements, leaving only the most visual and effective ones. This will streamline the narrative and make the voice really “pop.”

Readers, what do you think?

Christian, thank you for sharing your page with us! Readers can find Christian on Facebook, and don’t forget to read the feedback on Krystalyn and Marcy’s blogs!