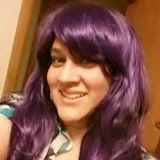 Our second submissions for First Impressions in May comes from Elizabeth Arroyo. It’s a New Adult Science Fiction/Dystopian with a working title of THE ANIMATE.
Morph could almost forget that Earth was a dying planet. It looked normal from space: a bright blue sphere with a stable atmosphere. Most of its natural resources, including humans, had been depleted as the Earth crumbled in on itself, unstable and volatile.
“Lieutenant Murphy.”
Morph turned to the cyborg. Its sole purpose to record and retrieve information, Aislyn, priest and executioner, listened when you thought you were alone and backstabbed you to Crux with the information. Morph could forgive it since it didn’t have a conscience. “Aislyn, how are you?”
“I am well, thank you. This way.” Aislyn led him into the circular chamber hovering between Earth’s atmosphere and space. The Needle.
The blackness of space jolted Morph’s nerves. Shyla had demanded his council eighteen times in the last six months, and he’d denied her until now. Keeping the supply ship from him had convinced him of her power. As leader of the world government, Shyla was not used to waiting. She was going to be pissed.
“Well, well, it’s about time.”
Morph drew a smile on his lips and turned to the shadow figure outlined in red. “Hello, Shyla.” He had to admit, though never to her, that he was relieved she decided to use a holograph. It had been three years since he’d last set foot on the Phoenix where Crux had settled. Since his mother died.
“I thought you were dead,” she said.
“Not yet.”
There were a lot of names – both people and places – in this sample of less than 300 words. I counted 7, not including Earth.  I assume Morph is a nickname for Lieutenant Murphy, but I think it would be better if the page started with his full name, first and last, and the nickname was explained afterward. (Maybe when the cyborg addresses him by his title, he could be startled because he’s so used to being called just Morph? Something like that?) Other than the name, I really liked the description in the first paragraph. I get a strong sense of the setting of the story.
I had trouble with this sentence and read it several times: Its sole purpose to record and retrieve information, Aislyn, priest and executioner, listened when you thought you were alone and backstabbed you to Crux with the information. I concluded that Aislyn was listening through the cyborg, therefore I was surprised when the cyborg was called Aislyn further down. I think my confusion is the use of the pronoun it at the beginning of the sentence in conjunction with such a feminine sounding name – not to mention referring to the cyborg as a priest. I thought they were two different entities at first.
After that, there was a lot of information for me to absorb. This is something I struggle with myself—as my crit partners, beta readers, and editors will be quick to tell you! It usually takes me several drafts to find the right place to introduce information at the beginning of a story.
My suggestion is to focus on Morph going to meet Shyla and especially his feelings as he accompanies the cyborg: This is a meeting he’s tried to avoid. Help us make a connection to him through his feelings. His supply ship, his mother, Phoenix, and Crux – perhaps all those things can be held back and slipped into the conversation in later pages? Also I’d like a little more physical description of his surroundings. I had trouble picturing a circular chamber that hovered over the Earth, and I didn’t know exactly why it was called The Needle. Oh, and one last thing – councilshould be counsel, so we know Shyla is seeking advice from Morph, not demanding he turn over his own council of advisors.
Elizabeth, thanks for sharing your first page with us! Readers, please tell us what you think. Elizabeth can be found at her website, and don’t forget to check out Marcy’s critique of the same page at Mainewords.