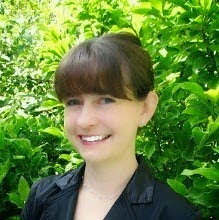 We’ve got only one submission for First Impressions in March – MG science fiction by Tonja Drecker, entitled THE B.I.M. – BASIC INTELLIGENCE MODEL.

A chicken flapped past the window. Then another. Daniel shoved the kitchen chair aside and pushed his nose against the dirty glass pane.

Talk about a feathered frenzy! Outside, chickens flapped everywhere. Up and down, left and right, feathers thick as clouds. Dead in the center of it all, waving his arms like a bird brain himself, was Uncle Bob.

“Dag nab it, chickens! Get back into that coop!” The old man’s voice thundered in the squawking storm.

Daniel pulled back from the window before the old man saw him. Any other day, he’d go out there and help, but today wasn’t just any other day. In less than an hour, all the boys in the sixth grade…well, soon to be seventh…would meet at the swimming hole for the biggest event of the year–the crowning of the Cannonball King.  For the first time, Daniel had a real shot at getting the title. No way was he going to let a bunch of chickens ruin his chances this time!

Ignoring the little voice in the back of his head, which told him to get his sorry backside out to his uncle, Daniel snatched a towel from the hook between the stained work coats and pushed open the back screen door. As it creaked open, a menacing snarl growled in his belly.

Darn it. No cannonball king could rule on an empty stomach.

Luckily, the chickens still clucked and cackled away outside. Uncle Bob wasn’t done with those birds yet, which gave Daniel plenty of time to snatch breakfast, one fit for a king. He spun back around and rushed to the refrigerator. The rusted door hinges squeaked as it swung open. But instead of a royal buffet, emptiness stared back at him. Two slices of bread and a carton of milk–barely enough to qualify as food let alone a meal. Daniel snatched a slice of bread, jammed it into his mouth and grabbed the milk.

“It walks! It talks! Well, I’ll be dipped. I think it’s alive!” The screen door slammed shut sending a vibrating rattle through the kitchen. Pieces of straw fluttered down from Uncle Bob’s wild mane of white hair. The old man looked a lot like Santa Claus, not the clean ho-ho-hoey kind, but one that had rolled in the reindeer’s straw while fixing an oil leak underneath the sleigh.

There’s no hint of science fiction on this first page, but I don’t mind that. The first page needs to catch my interest, not cough up the entire premise – and it does a fine job of that! The voice is excellent. Word choice is perfect to convey visual images, humor, and a pretty good sense of the setting … from the dirty windows, to the rusted hinges on the refrigerator.  The tone is light-hearted, and that last image of Santa Claus in the reindeer straw fixing an oil leak is priceless.

I don’t know what Uncle Bob is referring to when he says, “It walks! It talks! Well, I’ll be dipped. I think it’s alive!” – but I assume that will be explained in the next paragraph, and I’ll happily turn the page to find out.

The only part I’d suggest tweaking is the second-to-last paragraph. I had to read that one twice. There’s something amiss with the phrasing that puts things out of sequence. It says Daniel had time to grab a breakfast fit for a king, which made me think he did exactly that. But he only then turns away from the door to open the refrigerator, and there is no kingly breakfast to be found. So what made him think there would be? (And I wonder what he would consider a kingly breakfast anyway …) A slightly different phrasing would convey that he thought he had time to snatch a breakfast and he wished it could be something fit for a king, but that he’d have to make due with the slice of bread and carton of milk that he found.

Otherwise, this is completely delightful. Tonja, thanks for sharing your page! Readers, do you have anything to add?

Don’t forget to check out Marcy’s critique at Mainewords and say hello to Tonja at her blog.