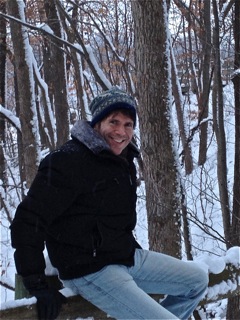 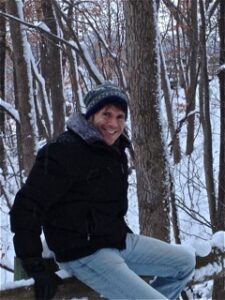 First Impressions in February comes from Michael Di Gesu today. Michael is sharing the first page of his YA Edgy Contemporary novel THE BLINDED GARDENER.
One moment I’m Dad’s personal punching bag, and the next, well, I’m a pawn in his maniacal master plan. That was, until Danny entered the picture and discovered my secret …
Once again, I found myself at a new school, the third in two years. It sucked having to live by Dad’s starched and mind-numbing military code 24/7. How much more could I take? No honorable discharge was in my future. Not until I turn eighteen. That is if I live that long.
As the son of a Marine Corps Captain, I had little choice in the decision making of my life. Dad used his usual tactics to persuade me to leave my mom and San Diego to move across the country with him. Needless to say, life in Beaufort, North Carolina wasn’t anything like I had expected.
The warning bell rang for first period. Lockers slammed and the halls cleared. As I wandered about searching for my classroom, someone approached me from behind. Long bangs fell over his eyes as he loped past me with a kind of natural ease.
Didn’t he see me standing here, screwing around with this frickin’ map?
“Hey, dude. Could you tell me how to get to room 305?”
A slight curl formed on his lips as he faced me. He tossed his head. Platinum fringe shifted to the side and revealed freakish blue eyes that glanced toward me, unfocused.
Holy shit! Is he blind? Or is he stoned?
“I’m heading that way.” His deep voice held a trace of a southern accent.
He glided toward the stairs. I envied his height: well over six feet and me just an average dude.
“You better move. Connors has little patience when you’re late.” He never looked back once, not even when he spoke.
I rushed to catch up to him. His hand overshot the dented metal banister. On the second swipe, he made contact and climbed the stairs.
“What’s your name?” he asked, with his back to me.
“Aidan.”
He turned the corner and rammed his shoulder into the side. “Damn!” He shook it off and coasted down the hall, stopping abruptly. “Here you are.” A glint of blue shot at me from under his bangs. “By the way, I’m Danny,” he said, low. He did an about face and slipped down another corridor.
Strange. I wonder what his deal is?
Me, too! Is Danny blind or stoned? I honestly couldn’t tell, and I’m intrigued.
This is the second time Michael has shared the first page of THE BLINDED GARDENER at In High Spirits. Looking back at my previous comments, I see that I liked the alliteration in that first line when I read it before. I still do like it, but now I wonder if it’s a good idea to give away the punching bag scenario in the first line. Is this something Michael really wants us to know going into the story, or is it something we should find out when we actually meet the father? Also, the sentence is in the present tense – which would make it a good line to put in italics and have it be part of Aidan’s thoughts instead of narrative. In any case, I’m not sure if it should be the opening line, or if it would be better off moved to a different spot. Thoughts from readers?
I’d also like to see the back story woven into Aidan’s entrance into the school, to make it seem part of his thoughts rather than … um, back story. For example, life in Beaufort, North Carolina isn’t what he expected, but why is that? Is there something in this scene that reminds him he could have been in San Diego with his mom if his father hadn’t used his “usual tactics” to persuade Aidan to move across the country? I want to get to know Aidan before moving on to Danny, but I don’t want to be pulled out of the scene, either. So connecting what he sees and experiences to his thoughts about the past would be a good way to do it.
One last thing – Aidan’s thoughts should be in present tense, so it should be: Doesn’t he see me standing here .…
Readers, your thoughts? Especially on opening with a reflective paragraph before the first scene – I can’t make up my mind on that.  I think it might be a matter of personal preference. Some agents and editors will like it; others will object to it. Michael, thanks for sharing your first page with us! Michael can be found at his blog, In Time … and don’t forget to stop by Mainewords for Marcy Hatch’s critique of this page.