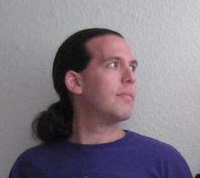 Our final submission for First Impressions comes from Mason Matchak. THE BOOK OF LOST RUNES is an adult fantasy in the sub-genre called Magepunk.

The last man Shiloh ever wanted to see again stepped onto her airship.

Shiloh looked him over, wondered just how much ten years had changed him, and hoped she wouldn’t have to deal with him for long enough to find out.  “Lord Figaro,” she said, “welcome aboard, and thank you for choosing a Caldwell Company flight.”  The greeting was a habit, and helped Shiloh keep bitterness out of her voice.  She resisted the urge to check her schedule to make absolutely sure he was on it.

“Lord Edwin is fine,” he said, smiling at her, his teeth bright against his dark brown skin.  “Lord Figaro is my older brother.”

Of course, Shiloh recalled.  Edwin was the second son of the Brinmaar branch of House Figaro, and his elder brother must have taken over the merchant house’s business sometime in the past decade.  When last they met, Edwin wasn’t ‘Lord’ of anything.

“As you wish, Lord Edwin,” Shiloh said, forcing her voice into the practiced politeness she reserved for enduring difficult customers.  She did check her schedule then, tapping a few carved glass buttons on the runewoven bracer she wore on her left forearm.  The bracer was emblazoned with Caldwell Company’s red and gold logo, which clashed with the pale blue dress Shiloh wore, but there was little she could do about that.  After a moment, a few gleaming words appeared in the bracer’s largest crystal, confirming that Lord Figaro had indeed made a reservation for the evening.  There was no destination listed.

That wasn’t common, but Shiloh had dealt with wealthy folks who liked to think they were traveling incognito before.  She tucked a strand of her bangs back behind one ear; most of her wavy blonde hair was tied back in a simple ponytail that reached her waist, but she wore her bangs loose.  “Where do you wish to travel today, Lord?”

Lord Edwin glanced around the small airship as though it was his own.  He stood a bit over six feet tall, only a little taller than Shiloh herself, and wore a dark blue suit with beige trim, in what Shiloh figured must be the height of local fashion if he was wearing it.  His hair was tightly curled and trimmed close to his head, and she guessed he wore the neat mustache and goatee because he thought it made him look dashing, the same reason he wore a short, curved blade at one hip.

Sons of merchant families all seemed to have some of the same traits, no matter where they came from or how powerful their families were.  Or weren’t.  Shiloh frowned at another old memory, then waited by the airship’s wheel for Edwin’s reply.

I really like the first line but felt it was missing something. It took me awhile to pin down my problem, and I guess it’s just that I always like to know what’s normal before unusual steps in the door. So I was hoping for a (very) brief orientation before the inciting incident. (ex: Shiloh had just completed her pre-flight checklist when the last man she ever wanted to see again stepped onto her airship.) Other readers may disagree. Please chime in if you do!

I love the description of Lord Edwin – especially that his suit must be the height of fashion if he’s wearing it and the motive she assigns him for the moustache and goatee. Not only does it succinctly and efficiently give us a flavor of Edwin’s personality, it does the same for Shiloh. We know what she thinks of him, and we learn about her while she analyzes him.

I do want to question her use of his name when he walks in. It is my understanding of such titles that the head of the family would be called Lord Last Name, while all his heirs would be called Lord First Name. The author may be using a different system, but I wonder two things: If Edwin’s brother is now Lord Figaro, wouldn’t Edwin have been an heir when Shiloh knew him, and therefore Lord Edwin even then?  Secondly, why would she call him Lord Figaro in the first place if she didn’t expect him to be the head of the house?

Her mistake serves as a quick way to explain who he is and a little bit about his family, but maybe there’s a better way to do it, rather than have Shiloh address him incorrectly when she ought to know better.

Other than that, I find this an intriguing opening. I want to know what history these two have and why Edwin has chosen her airship – because surely it is not by chance. Readers, what do you think?

Mason, thanks for sharing your page with us! Mason can be found at his blog, Muse Riding Shotgun. Don’t forget to check out the feedback from Marcy and Krystalyn on this same page. And hurray for 3 First Impressions in one month! Can we do it again in November? Send us your page! Repeat visitors are welcome. There’s nothing we like better than seeing a revised page based on First Impressions feedback!