First Impressions: THE COURAGE OF DRAGONS 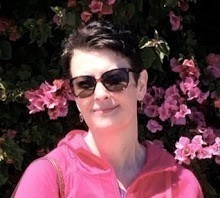 Our first submission for First Impressions in December comes from Luanne Smith and is an adult fantasy called THE COURAGE OF DRAGONS.

I checked my pocket for the sea glass, then unlatched the gate to the abandoned churchyard. I did not mind walking among the gravestones. They kept in my heart the day we first washed up on this Scottish shore, carried on the grief-wave of my mother’s death. Back then, Father and I had worked all of an afternoon to prop up the fallen headstones to feel a sense of order in our lives again. My mother did not get a marker with words on it in our hurry to escape Wales, so we had found a favorite among the ruins we pretended was hers. How many times had I watched my father in those early days as he knelt before the chosen stone, whispering vows of revenge? I was ten years old and did not yet understand what had caused our lives to fall so utterly into chaos, but my lips learned to move in time with my father’s, echoing his violent promises. That was when they first put the longblade in my hand.

Six years we have kept our heads low in this village, reciting our vows.

Wind and rain kicked up, blown in from the ocean. I kissed the piece of green sea glass and placed it on my mother’s headstone, and then hurried inside the mausoleum where the dank scent of old paper wafted out, familiar and welcome. It was not a dark, morbid workspace where we hid the books. Marble pillars topped with crouching cherubs watched over an ancient couple in their stone coffins, and the oak-paneled ceiling bore the traces of a once colorful painting. When sunlight shone through the windows, it was more shrine than tomb.

But as the sky was its usual listless gray, I shut the door behind me and lit a pair of candles on the table. Father always worried I’d be careless with the flame and preferred I use an oil lamp with a glass guard when working near the books, but I feared knocking it over and having the seal-oil catch fire. To see our precious collection of books, already the survivors of war, and weather, and misguided laws, go up in flames would be a disaster of ironies I could not bear. Better would be the electric lights that turned on with a switch. You could still see the exposed wires in the walls and ceilings of the buildings that had been eaten by water rot. I’ve read about such lights, but don’t yet understand how the electricity traveled through the wires. Of course, anything can be learned in a book. That’s why our enemies hate them so much.

There’s a lot of information and backstory presented in these opening paragraphs. It’s intriguing – and the mention of electricity as a lost technology completely overturns my original impression of the time period, which I’m sure was done on purpose.

In an adult fantasy, world-building is crucial, but I also think readers want to connect with a character within that setting. The MC here is simultaneously entering a churchyard in the present while recalling his (her?) arrival six years ago, and everything that happened is summarized. I feel very distant from the story – as if I’m being held at arm’s length. I don’t even know the protagonist’s gender at this point.

My suggestion is to get away from the “let’s get to know the setting” details evident in these paragraphs and focus on the character and the impact of the setting. There are lots of ways to do this, but one might be to have the character stop at the headstone chosen to honor the long-lost mother, kneel, and take a moment to actually recall his (her?) arrival in Scotland six years ago.

Take us to that moment and engage us with sensory images rather than information. Was it cold? Were the survivors exhausted and injured? What smells stand out – the dank earth of the graveyard or the mildew on their wet, worn clothes? If they brought these precious books with them, let us see them piled on the ground (or in a trunk or whatever), while the father searches for a place to hide them. If preserving the books was the most important thing they had to do, let us feel that in the father’s urgent actions, even if the young protagonist doesn’t really understand  why they take priority when he is grieving for his mother and choosing a headstone to pretend is hers.

Obviously, this is only a suggestion based on my limited information. The point is that this scene needs to come alive for us by letting us into the MC’s head and heart right away. Give us character and conflict. Setting should be the backdrop, with the character in the foreground. Readers, what do you think?

Luanne, thank you for sharing your first page with us! You can find more feedback from Marcy at Mainewords, and readers can connect with Luanne at her blog, Bards and Prophets.