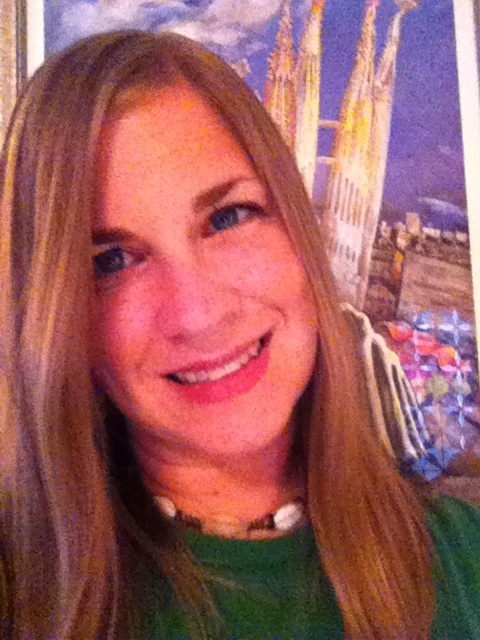 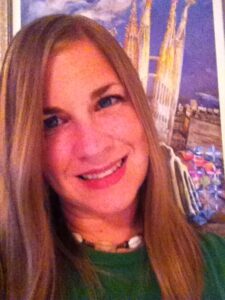 Our second First Impressions post comes from PK Hrezo, and it is a revised first page for her manuscript THE DESIREE.  A couple months ago, PK shared a first page of that story, but she has decided that page is part of a possible prologue and not the first chapter after all.
She has also revised the genre label for the story, terming it YA Romance.  Let’s take a look at the new beginning.
Everything she had worked for led up to this day.
Her snowboard strapped to one foot, Stevie Ryan rode the ski lift in the morning sun. She tucked her earbuds in beneath her snowcap, inhaling the evergreen air until her nostrils tingled. On the mountain peaks, freshly fallen snow shimmered against the jeweled blue sky. Conditions were in check for an optimal performance. Add in the perfect song popping on from her playlist, and Stevie’s pulse quickened with a bit of snow-athlete-Zen. God, I love it here.
As the half-pipe came into view, the taut muscles in her legs flexed instinctively. Soon, it would all be worth it—all the sweets she’d given up, and late nights with friends; all those weekends she’d risen at daybreak, while other teens were sleeping in. Today belonged to her, and she couldn’t wait to feel the wind behind her as she slid over the smooth frozen surface. If the mountains and snow were her church, then snowboarding to her tunes was her religion, and she had last year’s freestyle title to prove it. But this winter’s competition wasn’t about defending an old title. Today was about stealing a new one—for first place in the ladies’ half-pipe. With it, she’d seal the deal for making the Winter Olympic snowboarding team.
The lift stopped and Stevie made her way to the waiting area atop the half-pipe. Other athletes were already gathering, waiting their turn to reap some oohs and ahhs, and hopefully snag a title for themselves. As a kid growing up on the slopes of Colorado, nothing could earn respect faster than a championship snowboarding or ski title—something Stevie had tasted for herself last winter, and had become her invisible badge of honor.
One by one, the girls took their turns, the crowd of watchers cheering and whistling. Stevie’s lips twitched from side to side as she focused on the boarders’ performances, evaluating their technique and scores. The arena pulsed with music to pump up the crowd between contestants. Anxious, Stevie cranked the volume on her MP3, drowning out anything that could break her focus.
My first thought was: Anything that starts on a ski lift gets a thumbs-up from me!  The ski lift is one of my favorite places in the world. My second thought was: This is completely different from the page I read before – in setting and tone. It presents a very different first impression, which I suppose is why PK is making the change.  When I read the prologue, I thought the story was going to be a mystery involving an old theater (and maybe it still is), but this chapter starts off far from the theater world.  Very interesting, and I wonder what PK is up to!
I think the first line is probably unnecessary.  It doesn’t tell us much, and the next three sentences paint a better picture.  I think PK should start there. I’m not sure about the phrases conditions were in check and the perfect song popping on from her playlist. They feel like the author hasn’t quite found the right words for “in check” and “popping on.”
The next paragraph could be tightened.  There are some wonderful images here (ex: If the mountains and snow were her church, then snowboarding to her tunes was her religion) but I see unnecessary adjectives and adverbs and maybe a whole sentence or clause that could go.   In this paragraph we learn Stevie has worked hard for this competition, and we learn what she hopes to achieve. But I think the writing needs to be as taut as her mindset.
In the sentence As a kid growing up on the slopes of Colorado, nothing could earn respect faster …the word nothing is the subject of the sentence, which means that nothing was a kid growing up on the slopes of Colorado.  It should say Stevie knew nothing could earn respect faster …
For the first page overall, I suggest cutting and trimming and simplifying sentences to hone Stevie’s voice. She’s an athlete; she has a strong drive and a clear vision of what she wants.  Let’s allow that drive and vision to come through in a more streamlined narrative.  Readers, what do you think?
PK, thanks for sharing your new first page!  I think we’re all interested to know how Stevie the snowboarder connects to a 1930’s theater.  You can find PK at her blog, and don’t forget to check out Marcy’s critique at Mainewords.