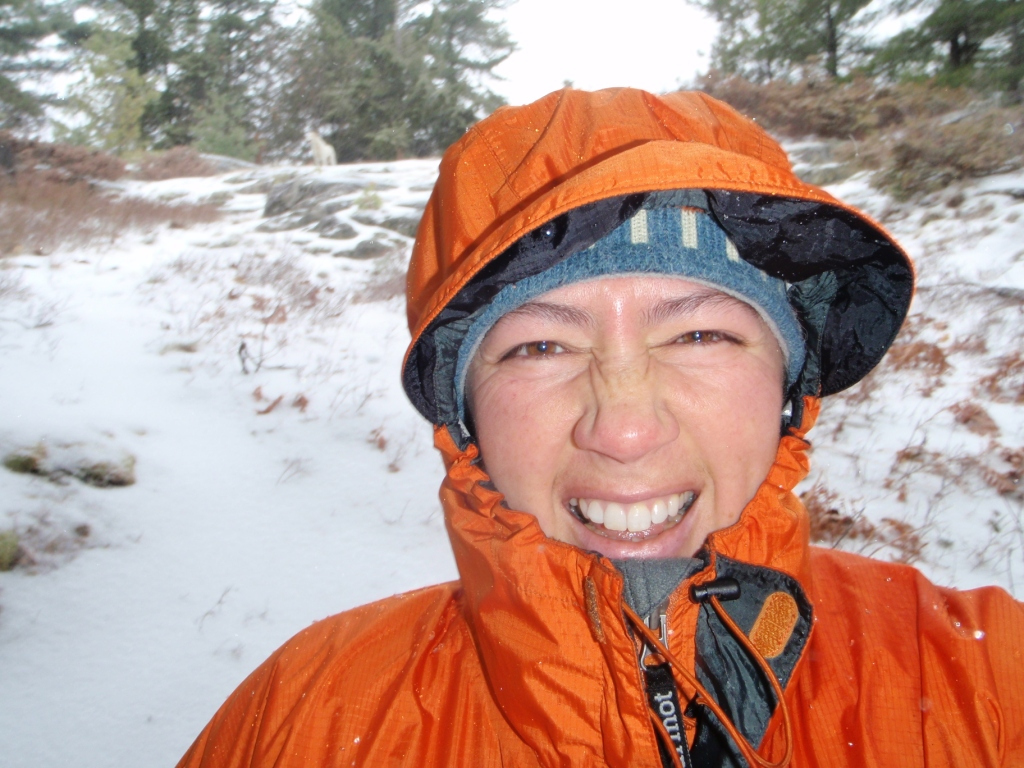 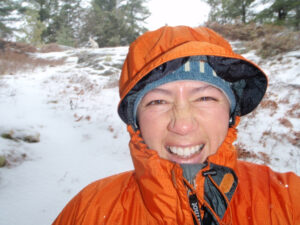 Our third First Impressions for the month of May comes to us from Terry Lynn Johnson.  It’s a middle grade adventure with a working title of THE GAME WARDEN’S DAUGHTER.

Grandpa was the one who found me on the day Dad went missing. Of course it was Grandpa. No one else in my family really knows where I go.
The day had started with me hanging high over the water from a spindly sapling, trying to get Dig’s line untangled. Again. For a genius, the boy cannot fish for his life. He catches rocks, stumps, trees, my ear — actually, let’s not talk about the ear incident.
“If this branch breaks, I’m doomed.” Note to self: never say that again when I’m dangling over an ice-cold brook trout creek.
Next thing you know, I’m falling, my life is flashing — all eleven years of it. I’m short, squat, frizzy-haired and loud. It’s not a pretty thing to watch, so thank god it was a quick drop. And then I plunged into Prawn Creek.
The water was just slightly warmer than solid ice, so that was good because it softened the landing. My head went under and water rushed over my ears, frigid and stabby. Panicked, I kicked for the surface, gulping a noisy breath when I came up.
“Kiera, you have to get out of the water!” Dig hopped up and down. “You’ll get hypothermia.”
I mentioned Dig was a genius, sort of why I hang around him. I’m hoping maybe some of that will rub off on me. But geniuses can actually be annoying.
Grabbing at roots and rocks, I scrambled out, water streaming off me. The autumn breeze smacked me in the face and I began to shiver.
“You have to take your wet clothes off,” Dig said, without a hint of recognizing that might be awkward. We’re both in sixth grade, but he’s a typical brainiac – advanced in some ways, but so behind in others.
“In the time it will take us to get home, the conduction may drop your core temperature below 35 degrees.”
“Seriously, could you be any more freaky?” I was alarmed at how quickly my fingers were losing feeling. Dig was right, of course.
There was an emergency space blanket in the saddlebag of my quad. I peeled out of my sopping clothes, then wrapped myself in the blanket. It was silver. And crinkly.
Dig offered his coat, but since he’s sized like a twig, I couldn’t even fit both arms in it and still drive the quad. Which I had to do because Dig is horrifyingly incapable of driving it without putting everyone’s life at risk. Trust me on that point.
So I ended up wearing the jacket like a cape with it flapping out behind me as we sped down the trail back home. Did I mention I was draped in a silver blanket? Wearing my helmet with star stickers? And that’s where we met Grandpa Morris coming toward us on his quad.
“Curses. I’m so busted.”
The first thing that popped out at me was verb tense. In the first two paragraphs alone, I see past, past perfect, and present.  Although I’ve personally never written in present tense, I think that would be the right choice for this story.  It would bring an immediacy to Kiera’s situation that is almost, but not quite here in its current form. Besides, I think Kiera’s voice rings out most clearly in the sentences that are already in present tense.
I like the reference to the missing dad in the first line, especially if the title remains THE GAME WARDEN’S DAUGHTER. It sets up a key relationship and an inciting incident in just a few simple words. (Let’s try it in present tense though: Grandpa is the one who finds me on the day Dad goes missing. Does that work? Readers, what do you think?)
When Kiera falls and her life flashes before her eyes, we don’t get a glimpse of her life. We get a physical description:  I’m short, squat, frizzy-haired and loud.  Wouldn’t she glimpse experiences instead of appearance?
This sentence confused me a bit: The water was just slightly warmer than solid ice, so that was good because it softened the landing.  I think I know what you mean, but I wonder if it could be restated: At least the water isn’t frozen, so my landing is softer than it might have been.  (I put it in present tense, too, to see how it sounded.)
Finally, Dig doesn’t sound much like a genius until he starts talking about conduction and core temperature.  In fact, his first line of dialogue is kind of a “well, duh” moment, so I suggest delaying the lines about his braininess, whether it will rub off, and how annoying it can be until after he starts calculating the rate at which her body temperature will drop (instead of doing anything useful to help her). It would fit much better there, and Kiera would be understandably annoyed!
Terry, thanks for sharing! I would certainly turn the page to find out what news Kiera’s grandfather is bringing her. I hope my readers will chime in with their thoughts, and don’t forget Marcy Hatch will be critiquing this same page at Mainewords today.  Terry is the author of DOGSLED DREAMS and ICE DOGS (Houghton Mifflin Harcourt 2013) and you can find her at her blog.