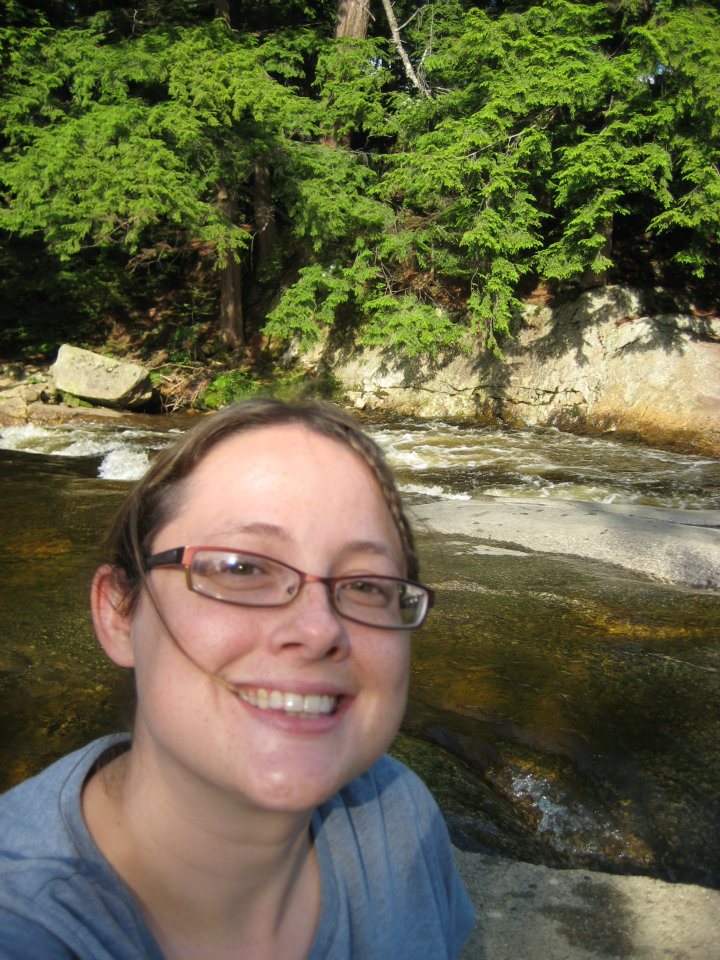 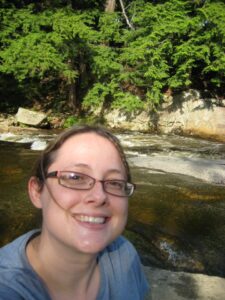 Our final submission for First Impressions this month comes from Angela Bigler. This is the first page of THE MOTHER TREE, a YA magical realism novel.
Rachel woke up late. Her sheets were balled up on the floor, kicked off in the humid night. She squinted her eyes as she shifted from dreaming to waking, called by the voice of a crow squawking outside.
She crawled out of bed and stretched over the windowsill to see a quick flash of black fly out from the oak tree. It had been waking her up all week. Was it crazy to think that crow was harassing her? She smelled her mom’s smoke signals rising up from the porch below. It meant her mom was awake, a good sign.
Rachel opened a dresser drawer and pulled on faded jean shorts and her green t-shirt. She looked into her mirror and smiled at her disheveled pile of short dark hair.
She found her cat lapping up a drink of water downstairs. “Good morning Luna.” Rachel scooped her up as she studied the calendar on the wall, the summer spread out ahead of her. It seemed strange that high school was really over. Luna purred for a moment, then wriggled her way out and jumped down. “Fine. Be that way.” Rachel called after her.
Rachel’s mom was sitting on the porch. Her eyes looked dark, heavy rings pooling underneath. She was imprinting feverish loops into the pages of her leather journal. At least she was writing again. Rachel watched as her mom looked up and closed it.
“Good morning.” She motioned for Rachel to come closer and started brushing Luna’s black fur off of her shirt. “Are you working today?”
“No, Aunt Sandy took the day off. She said I should too.”
“Are you up for a hike?”
“Yeah.” Rachel felt like hugging her but pulled back. Was she really going to act like nothing had happened?
“Let me finish my coffee. I’ll be getting breakfast started soon.” Her mom pulled another cigarette out of her pack and inhaled deeply as she leaned into the flame. “Okay?”
“Okay.” Rachel felt a rush of hope. It had been weeks since her mom had wanted to do anything. Out of nowhere she had decided to take a break from working, spending long hours in her bed. Rachel could hear her crying inside her room. Aunt Sandy had come, administering tea and herbs, trying to bring her sister back to life. It seemed her mom had given up. But why?
The first thing I noticed, while setting up this post, was that the first several paragraphs start with either Rachel or She. So, I suggest rearranging the sentences/paragraphs to vary how they begin.
While that’s being done, some information can be re-arranged, too. As it stands, having Rachel look in the mirror and smile at her hair seems contrived to give us a physical description. However, if Rachel smiles at her disheveled hair because it is summer time and she doesn’t have to tame it for school or for work, it sounds natural – and it eliminates the need to give us that information further down the page.
On that topic, I wondered about the line: high school was really over. Does this mean Rachel has graduated, or just that school is out for the summer? That clarification could be rolled into her happiness over not having to fight with her hair, and if she has graduated, that fact needs a bit more fanfare.
I have to say, I LOVED Was it crazy to think that crow was harassing her? – and not just because I’ve got crows as an ill-omen in my own WIP. (Although great minds do think alike!)
Finally, my “first impression” of the situation with Rachel’s mother was a little muddled. Because of the line Was she really going to act like nothing had happened? I thought Rachel knew what had caused her mother’s depression.  But later, the phrase Out of nowhere made me think she didn’t.  When we see her mother smoking on the porch and writing in her journal, does this signal a return to her normal behavior? How does Rachel’s mother normally behave?
I think Angela has a hook and an enticing situation. Rachel is appealing, and I want to know what happened to her mother. The delivery just needs to be tweaked a little. Readers, what do you think?
Angela, thanks so much for sharing your page! Angela can be found at her blog, Dream Big Words, and don’t forget to check out Marcy’s critique at Mainewords!