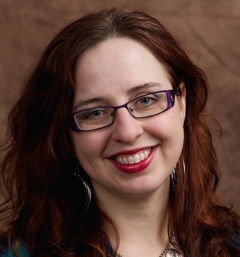 Our next submission for October First Impressions is a humorous contemporary MG by Rebecca Anderson. Her working title (and she says she’s open to other suggestions) is THE PET CONNECTION:

Badger Jacobs didn’t think he was an especially lucky person. So he wasn’t listening to the intercom as Principal Tessie called off the students who would participate in the Pet Connection game show. Instead Badger was picking at a hangnail on his left pointer finger.
All around a chorus of voices quietly chanted, “Please, oh please, oh please, oh please …” Out of the corner of his eye, Badger saw Lisa Ling with her eyes closed and hands folded in silent prayer.  From behind him, he heard Lance Swag brag, “I know she’s going to call my name.  My mom is head of the PTA.”  Badger rolled his eyes. Lance always got what he wanted including the best shoes, all the video game systems and a gold iPhone.
The voice over the intercom continued, “The second fifth grade student will be Omar Ahmed.” There was a collective groan in the room and Badger felt Lance kick the back of his chair. Badger thought it must be rough for Lance to experience disappointment for the first time.
Their teacher, Miss Rockford, held a finger up to her lips and motioned that everyone should continue listening. Badger went back to tugging on the hangnail. He didn’t need to hear the names of the 6th graders who would participate.  Maybe next year he’d finally get chosen.  Maybe next year he’d finally hear his name called out.
“… and that student is Bryan Jacobs.” At the sound of his name, Badger’s whole body jerked in surprise.  Unfortunately, that included the fingers that had been toying with the hangnail and he yanked off a hunk of skin, leaving a quarter-inch gash.  At the same time, every head in his class turned to look at him.  He saw Lisa’s eyes stray towards his bleeding finger and Badger covered it with his opposite thumb.  What was going on?  Why had Principal Tessie had called his name?  Weren’t there were only two fifth grade contestants.  She had already called both of them, right?
Badger held his thumb on his bleeding finger as Principal Tessie finished talking over the intercom.  “I’m so excited to see how the lucky contestants combine the wisdom of words, the power of pets and a little bit of magic. Teachers, please send the contestants down to my office.  I’ll have them back to you before next period.”

I like that Badger wasn’t paying enough attention to catch the beginning of the sentence with his name in it … and especially that it was announced in a manner which made it stand out from the other names:  “… and that student is Bryan Jacobs.”  I want to keep reading to find out what that student is supposed to do, since it doesn’t sound like he was picked to be one of the contestants.

I’m also interested in what this Pet Connection game show is! Game shows at school? Is that Common Core? (*claps hand over mouth* This is not the time to start ranting about why I left the teaching profession …)

Something missing for me, though, was Badger’s voice.  The narrative is written in close third person POV and therefore comes to us closely tied to Badger’s experiences and observations. The personality of fifth grader Badger Jacobs should shine through even when he isn’t speaking.

This is something I had to work on – and received a lot of guidance from my editors on – when writing close third person with Jax, the MC in The Eighth Day. My editor pointed out any place where the sentence structure or vocabulary struck the wrong note.  (I remember her highlighting the phrase Jax fretted and commenting, “Old ladies fret. Not seventh grade boys!”)

I think what I’d like to see on this page is a more humorous tone throughout and a closer connection to Badger’s observations. Filter the whole scene through Badger’s glum assessment of his chances, his feeling of satisfaction when Lance (for once) doesn’t get what he wants, and his surprise and confusion over hearing his name.  This might involve more internal dialogue from Badger or a more casual approach to the narration—not slang, per se, but a style of narration that hints at Badger’s personality. Readers, what do you think?

Rebecca, thank you for sharing your page with us! You can find Marcy’s comments at Mainewords and get to know Rebecca through her Twitter account, @YaboGirl.