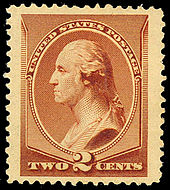 Our next First Impression post for the month of February comes from Alison DeCamp. It’s an MG work titled THE SOMEWHAT MANLY SCRAPBOOK OF LUMBERSTAN’S BIG WOODS ADVENTURE. Alison describes it as Laura Ingalls Wilder meets The Diary of a Wimpy Kid.

The envelope sits on the kitchen counter. It’s as hard to ignore as my empty stomach at three o’clock in the afternoon. And it reminds me.
It’s three o’clock in the afternoon.
And I’m hungry.
I stuff a hunk of bread in my mouth and examine the envelope closely this time, now I know it’s tied to so much hullabaloo, and remember the first time I saw it.
To tell the God’s honest truth (which, of course, is the only kind of truth I ever tell), the first time I saw the envelope, I didn’t think much of it. Heck, it was just an envelope; it didn’t look like it would turn my life all topsy turvy. I picked it up, saw the sharp slit across the top and the empty space inside, and set it back on the table to continue on with my very important day. That was the day I spent cutting out pictures of trick banks to glue in my Scrapbook. I remember because Mama asked me what I was doing, and I told her “cutting out pictures of trick banks,” and she said, “Hmmm. Let me take a look, Stan.” The next thing I knew, she had snuggled up to me like butter on warm toast.

I told her about all the money we would save with a tricky kind of bank, one no robber could ever break into. I am hoping to get one for my twelfth birthday, even though it costs a whole dollar, which is kind of expensive.
“It doesn’t cost anything to look and very little to wish,” Mama said as she snipped the picture out of the Montgomery Ward catalog. “Also, we have lots of time for hoping–your birthday is almost a whole year away.”
“Practically around the corner,” I replied, and Mama smiled.
That’s why I remember, because my sweet Mama has not been smiling as of late.
The second time I saw the envelope it was crumpled on the table. When I flattened it out, some of the words looked like they were melting off the paper. It was still empty, and I was starting to wonder why. In fact, some might say the entire scene appeared suspicious: an empty envelope, wrinkled up like a used hanky. Mama attacks messes like her very soul depends on it. If cleanliness is next to Godliness, she could be God’s Siamese twin. 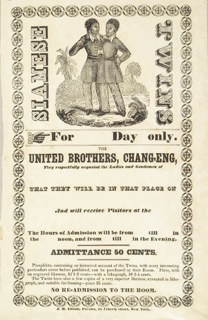 “We don’t have much,” she says, “but we take care of what we have.”
She has the bad habit of picking up stray garbage before it’s even labeled as such. If she picks up something once, it’s a warning and twice it’s the trash. Which is why my valuable finds from magazines and catalogs are immediately pasted in my Scrapbook. And why I’m sometimes found digging things out of the garbage. And also why the crumpled up envelope was so out of place on our dining room table.
I am not the type of man who jumps to conclusions, so although the situation seemed as strange as a cat in a wedding dress, I most definitely did not overreact when I spied it for the second time.
I am not known to overreact. Also, I’m pretty sure no one even heard me scream.
The third time I saw it, however, was cause for genuine panic. It was twelve days ago, and the envelope was firmly clenched in the claws of a homely, old woman.
This is one of those really hard pages for me to critique, because I found it utterly charming and unique and the voice of the MC just jumped out at me so clearly.  Honestly, I am hard pressed to make any suggestions for improvement.
Here’s what I liked about it: There was no need for the author to apply some contrived dialogue or narration to give us a hint of the time period.  The price of the trick bank (and the fact that it might take a year to save that much) is a giveaway. So are the MC’s turns of phrase — To tell the God’s honest truth (which, of course, is the only kind of truth I ever tell) … snuggled up to me like butter on warm toast … as strange as a cat in a wedding dress. They all seem charmingly quaint and old-fashioned. Alison confirmed to me in an email that the story takes place in a logging camp in northern Michigan in 1896.
I like how she has built up suspense about something as innocuous as an empty envelope, and there was something about the “I am not known to overreact. Also, I’m pretty sure no one even heard me scream.” line that made me laugh. I pictured this “somewhat manly” eleven year old boy screeching in alarm at the sight of a crumpled envelope on the table, simply because he knew his mother didn’t suffer trash in the house.
Alison, thanks so much for sharing your first page. Readers, let Alison know what you think and be sure to check out Marcy’s comments at Mainewords!