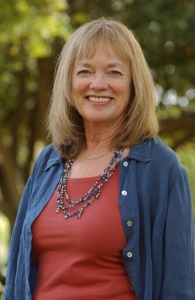 Welcome to First Impressions for the month of June! Our first selection is a MG Contemporary manuscript by Valerie Hobbs titled WILD GINGER:

There were times living with her parents when Elizabeth “Lizzie” Lessing has had to be the grownup, or at least feels as if she does. Like right now on the Big Island of Hawaii as their tiny rental car passes a sign on the side of the road. “Hey, you guys,” she says. “We’re driving into a volcano. Did you see that sign?”

Her mother laughs. “Not into it, honey. Not exactly. Nothing to worry about.”

Lizzie thought about the day her sixth grade teacher, Mr. Sylvester, did his amazing volcano imitation. “Kaboom” he cried, leaping into the air, sending them all into shrieks and fits of laughter. “Is it active?”

Lizzie’s father, too big for their rented car, hulks over the steering wheel. “Kilauea is an active volcano all right,” he says. “If we’re lucky we’ll get to see some lava.”

Her parents are crazy. Always chasing after some new “folly,” Lizzie’s grandmother says. But nothing seems to work. Lessing Cake and Coffee had attracted only flies. Lessing Laundry went belly up when a fancier one opened on the next block. There were penny stocks and bubble gum machines, a dog washing service and Mack Of All Trades home repairs. Her father finally took a job as a manager at Burger King but lost it in a week.

And now there is this new thing her mother had spotted on a real estate flyer. “Old plantation house surrounded by lush vegetation, perfect for a bed and breakfast”. The flyer had no picture.

Based on my first impression of the story, Lizzie’s parents have moved to Hawaii to purchase and operate a bed and breakfast after having repeatedly failed at running small businesses in the past. Lizzie’s grandmother thinks they’re foolish, and Lizzie feels as if she’s the grown-up and her parents are irresponsible children.

But I’m not sure the information is presented in the right order. In general, I think it’s best to avoid putting back story in front of the now story.

For example, I’d like to know the car is headed toward an old plantation house in Hawaii that Lizzie’s parents plan on running as a bed and breakfast, and I’d like to feel Lizzie’s apprehension about this – through her actions and dialogue – before finding out why she’s worried. The fact that her parents have spectacularly failed at several previous business ventures is something that could wait until after we know what they’re up to now.

I also had trouble connecting with the first sentence. There’s an issue of verb tense, with the sentence starting out in past tense, moving to present perfect (I think. That one always confuses me.), and finishing in present tense. Even if the entire sentence is edited into the present tense like the bulk of the narrative, the bigger problem is that an unnamed narrator is telling us Lizzie’s feelings before we’ve met Lizzie.

I’d rather see this page start with Lizzie watching the landscape, worrying about the volcano sign, trying to direct her parents to be careful where they’re driving — while they brush her off. Then, it’s okay to share how Lizzie feels like the only grown-up in the car, although it would be great if this came through Lizzie’s thoughts. Ex: Sometimes, Lizzie thinks, it’s like I’m the only grown-up in this family.

Personally, I’ve never written in third person present tense, and I’ve only seen it used once or twice. (Boundless by Kenneth Oppel comes to mind.) Since there are a couple other places where you slip into past tense (ex: Lizzie thought about the day her sixth grade teacher …), are you sure you wouldn’t be more comfortable sticking to past tense for the whole story? Readers, what do you think?

Valerie, thank you for sharing your first page with us! You can find Valerie and learn about her other books at her website. We have two other authors giving feedback on this page: Marcy at Mainewords and Krystalyn at See the Stars. Please check them out!